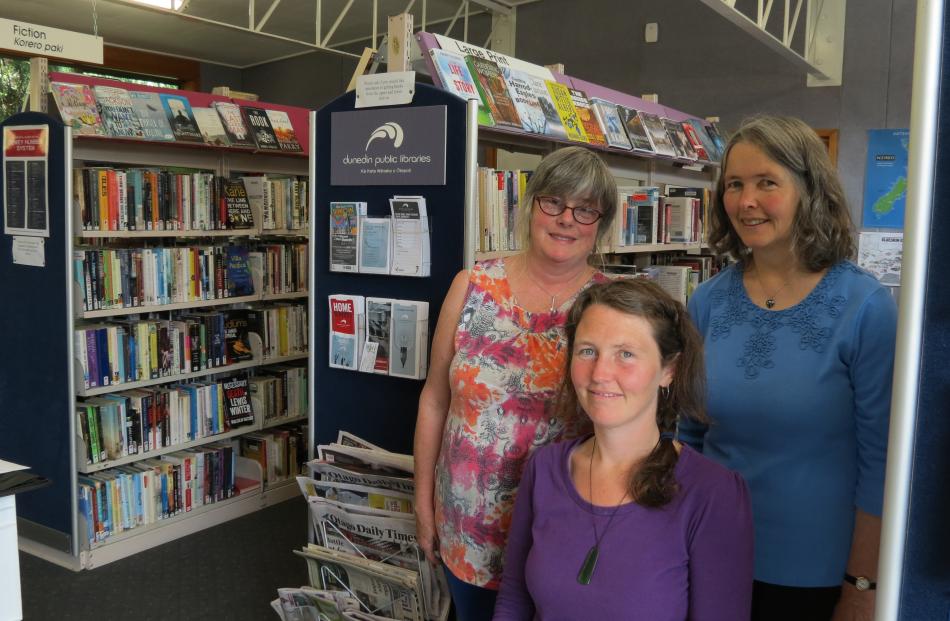 Blueskin Bay Library staff (from left)librarian Louise Booth and library assistants Averil Thomson and Kate Fitzharris have made a nice space for themselves in a temporary library at Waitati School. Photos by Brenda Harwood. 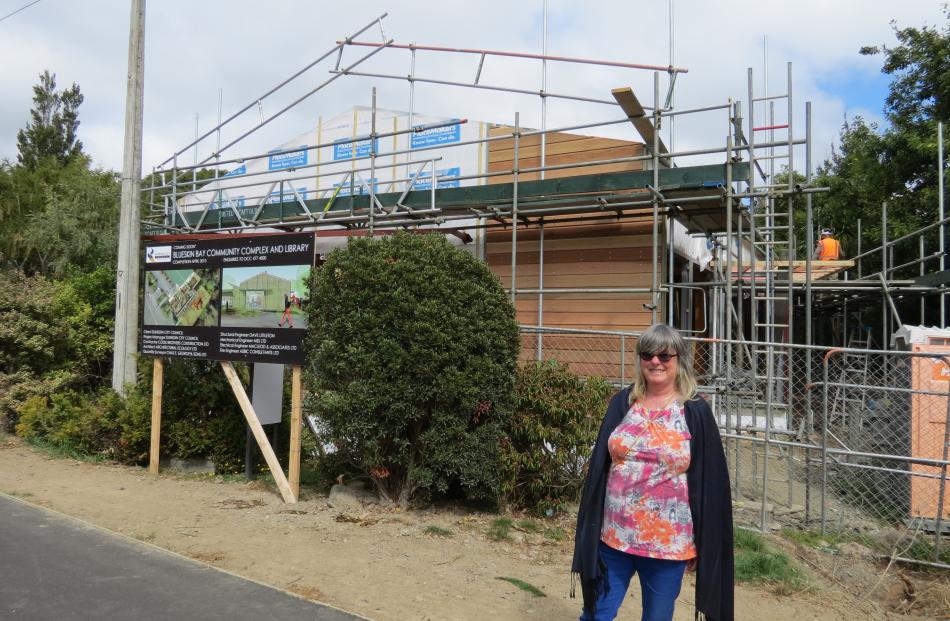 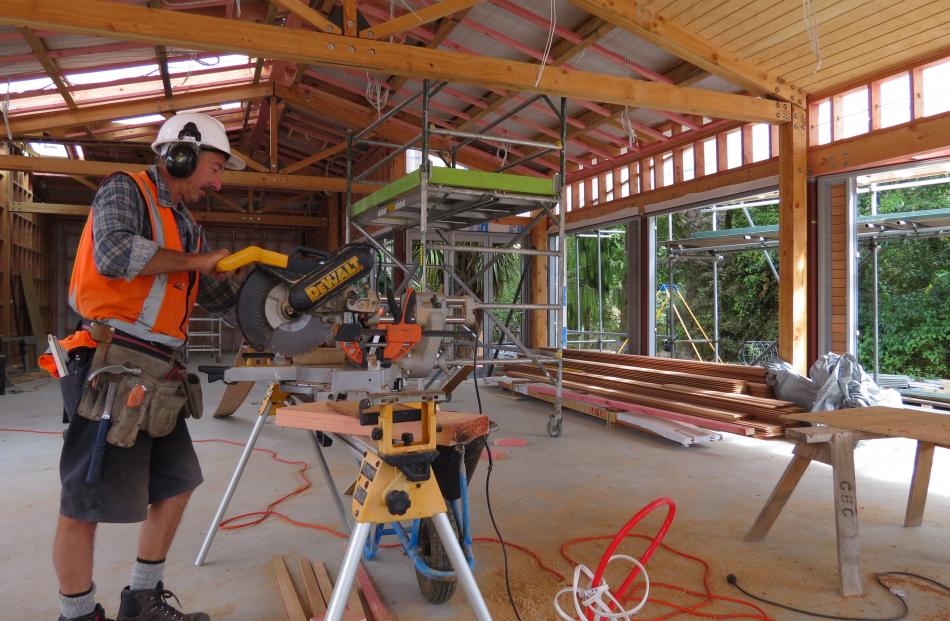 Waitati-based contractor Lindsay Scott works alongside Cook Brothers builders on the development of the Blueskin Bay Library and Community Centre, which is due for completion in late April.

The extended spell of warm, dry weather has been a boon to Dunedin construction company Cook Brothers, as work proceeds apace on the new Blueskin Bay Library and Community Complex.

The $830,000 project, which will double the size of the previous library and add several community spaces, looks set to come in on time and on budget, Dunedin Public Libraries head of customer services Mike Collett says.

Building work began in October and was due for completion in mid-April, with an official opening of the new, energy-efficient complex set for early May, Mr Collett said.

The cost of the redevelopment is being met jointly by the Dunedin City Council, which has contributed $500,000, and the Blueskin Bay Redevelopment Trust, which has been responsible for raising $330,000.

The project has also had the ongoing support of the Waikouaiti Coast Community Board.

Blueskin Bay Redevelopment Trust chairman Stuart Strachan said the project was proceeding well, with the recent spell of fine weather making up for some wet weather before Christmas.

Cook Brothers site foreman Shaun Fahy said a team of up to eight carpenters had been working at the site, along with local sub-contractors.

''The project is looking good, and we will finish up with much more of a space to browse, relax and read,'' Mr Strachan said.

Mr Collett said the complex would become a community hub for the estimated 2500 residents of Blueskin Bay, including the Waitati, Warrington, and Evansdale communities. Along with the library, it would have meeting spaces, toilets and other facilities, as well as internet access.

''It will be a space where people will be able to carry on lifelong learning,'' he said.

Blueskin Bay librarian Louise Booth said the large and pleasant space would give library staff the opportunity to do more work with local school pupils.

The Blueskin Bay Library team had been located at Waitati School since construction began in mid-October and had enjoyed a good relationship with the school, she said.

While the redevelopment trust had succeeded in accessing grants to reach its fundraising target, additional funds would be needed to cover the cost of landscaping and improving vehicle access to the site.

The trust also hoped to improve the playground next to the west side of the complex, Mr Strachan said.

Feedback from the local community had been positive, he said.