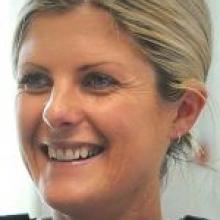 The Invercargill woman had stopped to get cash from a Westpac ATM on Main South Rd about 4.30pm, while her 7- and 9-year-old children waited in the car.

The home-made explosive was hurled by someone in a green Toyota Hiace van, with 46cm mag wheels, tinted windows, and a "skull" sticker, Senior Sergeant Mel Aitken said.

The device made "one hell of a bang" when it exploded next to the woman's car, terrifying her children and leaving scorch marks on the footpath.

The man had picked up what remained of the device, a 10cm cardboard cylinder wrapped in green insulation tape, and told the woman he would take it to police, but he never showed up.

It was not believed the man was connected to the van.

The van was driven off, west along Main South Rd.

The woman did not get a good look at its occupants, but had provided a good description of the vehicle.