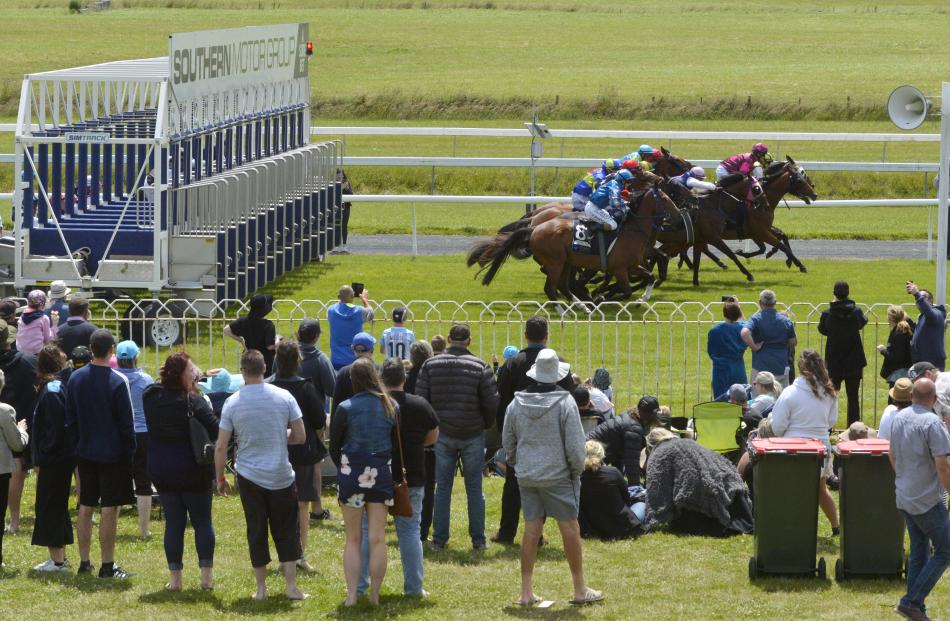 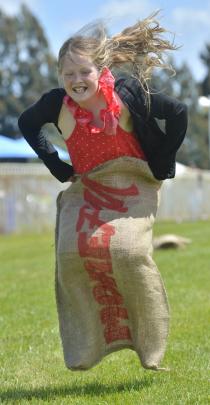 Leaping to the finish line is Jessy Lawrence (10), of Brighton, during the children's sack race held between the horse races. 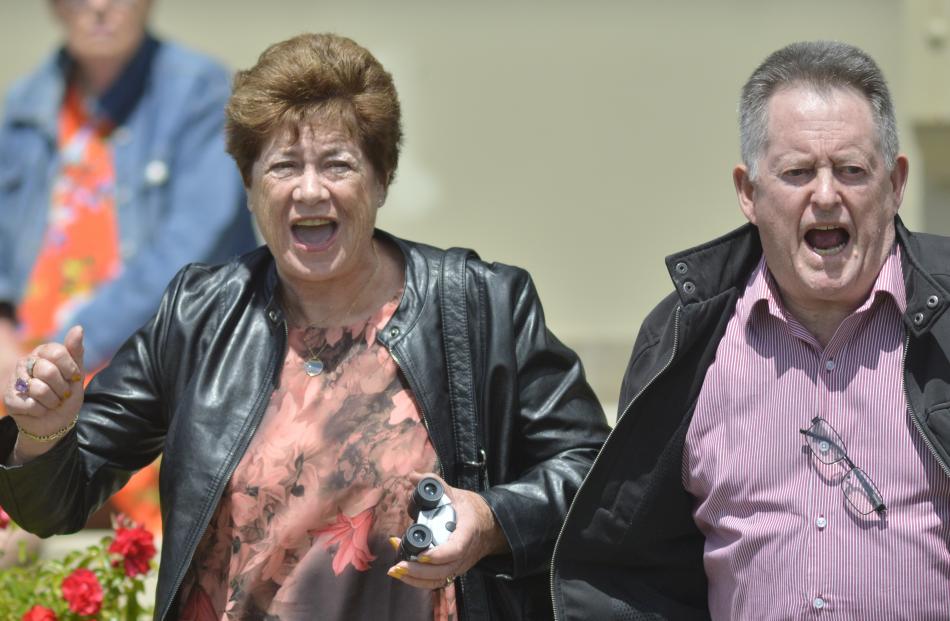 Spurring on his horse, Monza Circuito, during the fifth race of the day is Brian Ford, of Christchurch, along with Pauline Stewart. 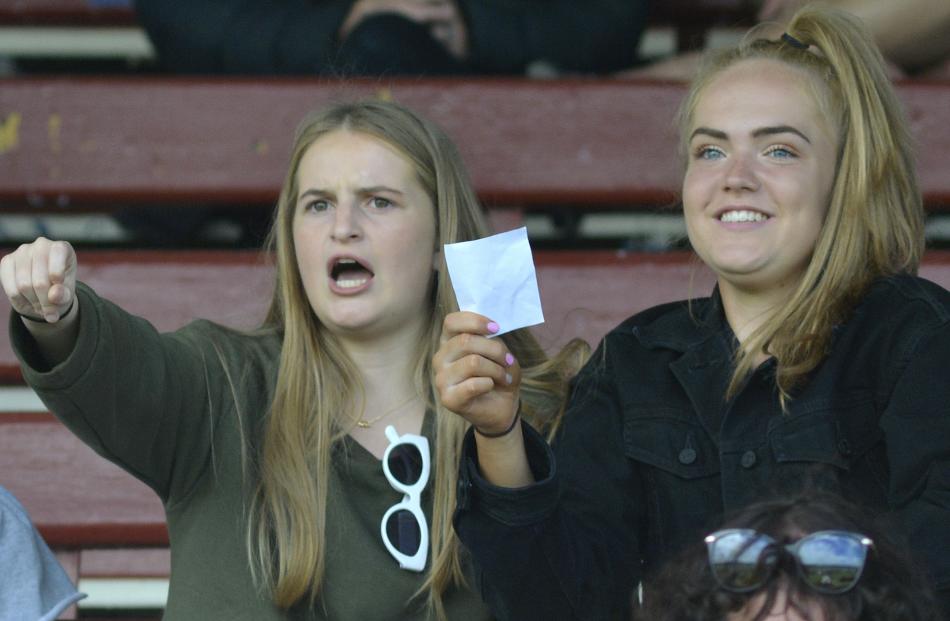 Willing Princess Brook towards the finish line are Anna McIntyre (15) and Emily Brosnahan (15) of Dunedin. It was Emily's mum who had placed a bet on the race four winner but Emily said she would help her spend the winnings.

Agony and ecstasy, it was all on display at the Wingatui Boxing Day races yesterday.

At the start of race four, Emily Brosnahan was just happy to be enjoying a day in the sun.

However, with her mum's betting slip in one hand and her two friends, Anna and Katlin McIntyre, beside her, things were about to heat up.

The trio realised their pick, Princess Brook, was storming into the lead as she rounded into the final straight.

As the horse approached the finish line, they became more animated, willing it on as it crossed in first place.

As it was her mum who had bought the ticket, it would be up to her to decide how the winnings would be spent, but Emily was sure she would be allowed to keep some of the money.

During the next race, it was defeat rather than elation for Brian Ford, who had travelled down from Christchurch to watch Monza Circuito run, a horse he is part owner of.

For a brief moment, it seemed as if the 4-year-old thoroughbred might be in with a chance but then, as the horses came into the final straight, it was clear it was not going to be Mr Ford's day.

''She's been racing really well, so she was definitely in with a chance.

''It just didn't come together today,'' he said.

Although the horse crossed the finish line in 7th place, it would not spoil the rest of the day, he said.

About 1000 racegoers spent the afternoon in the sun, picnicking, drinking and chatting while every so often glancing up to watch the next race.