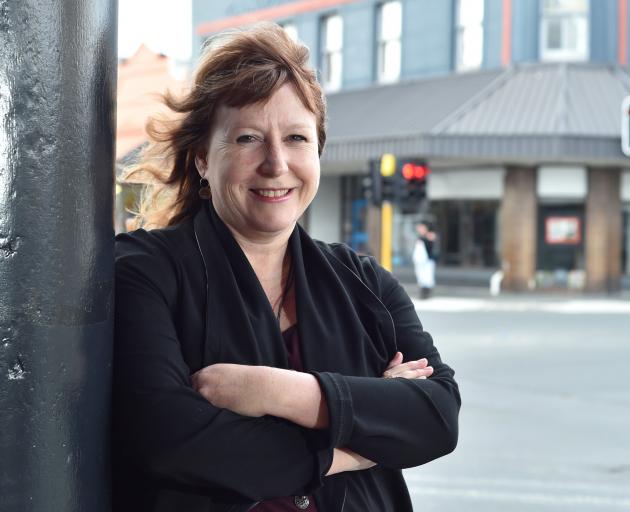 The Dunedin South MP is getting used to staff calling her ``Minister'', but drew the line when her 17-year-old twin sons followed suit.

``I'm having to adjust to people calling me minister.''

``I draw the line at my children calling me minister - they have asked what they should call me.

She is Associate Minister for ACC, and as Associate State Services Minister her responsibility is ``Open Government''.

She wants to improve the Official Information Act and provide much better protection for whistleblowers.

``I describe them as my dream portfolios.''

She is not promising to overhaul the Official Information Act, but said she would dust off a 2012 Law Commission review whose findings were not picked up by the previous government.

Critics have said the OIA no longer functions properly and is widely manipulated to control information for political purposes.

Ms Curran was somewhat half-hearted when asked if she agreed with that, saying oversight of the Act had improved under new Chief Ombudsman Judge Peter Boshier.

She said the Labour-led Government would be more open than the previous government.

``A different approach to official information is going to ensue.

``Openness and transparency and doing things differently is important, so we've got to practise what we preach and actually do it.''

More certain were plans for a massive funding increase for RNZ. It was likely to get the lion's share of an extra annual $38 million, but some would be distributed to other media players.

She had no qualms about beefing up publicly funded media at a time of unprecedented financial squeeze of commercial media, calling that a ``spurious'' concern.

New Zealand fared particularly poorly in international comparisons of its spend on public broadcasting, she said.

It was not a ``bail-out'' fund for commercial media players, but they would be able to apply for a share.

``Government isn't there to bail out commercial media. We're there to add the most value for public interest.''

Officials are busy providing advice on how to establish the new funding rules.

There is much to do before the May Budget, and Ms Curran is impressed by the quality of those she relies on for advice.

``I've been overwhelmed by the professionalism of the people at the top of the public service that I've encountered.''

TVNZ would retain its commercial mandate after disappointing the last Labour government by failing to embrace public service content in the short-lived channels TVNZ 6 and 7.

A long-time party spokeswoman on digital issues, Ms Curran is passionate about what she calls ``digital equality'' and the role of digital infrastructure.

She acknowledged a down side to the proliferation of digital devices in society, but she preferred to focus on benefits.

``I think there is merit in some of the research that's coming out into dependence on our devices, and it's changing our behaviours, not always for the good.

``But at the same time we can't be sitting around mulling on these things when other countries and other economies are doing really well because they're embracing technologies that we haven't got our act together on.''

Her new responsibilities would put a squeeze on her electorate work, which she would manage by doing more Saturday work.

She had done a bit of research to ascertain that she was the city's first woman MP to serve in Cabinet.

Dunedin's first female MP, Labour's Ethel McMillan, was an MP for 22 years, but never made it to Cabinet.

``I have got this real sense of determination. This is the opportunity that is afforded to few people.''