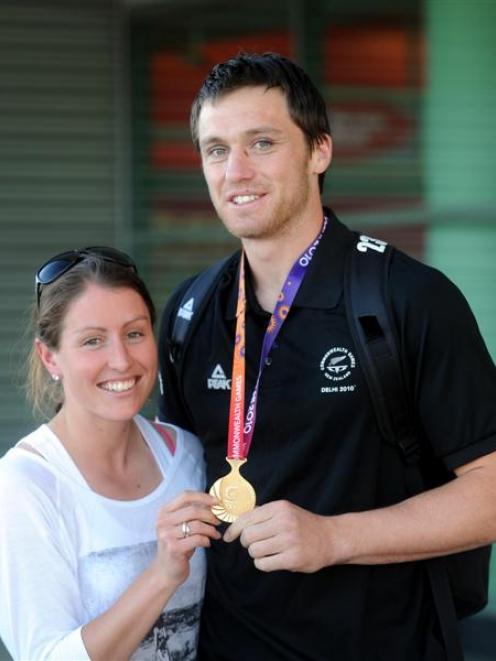 A long way from the glitz and glamour of the Delhi Commonwealth Games, Smith stepped off a plane in Dunedin, with only partner Katie Menzies to meet him and take him home.

But his new status as a gold medal-winning sevens player did cause a ripple among other passengers when he took the medal from his backpack.

The feeling accepting the medal was "brilliant", the one-test All Black from Otago said.

Smith played the full 20 minutes of a final in which New Zealand was trailing 17-7, before a thrilling comeback to beat Australia 24-17.

"We thought we would get there and do well, but to actually get right through ..."

Yesterday it was back to everyday life, with "something quiet at home" planned.

The medal would be framed, as would his jersey.

As far as he could tell, concerns about organisation of the Games, and the readiness of the facilities, were more media beat-up than reality, Smith said.

The athletes were well looked after, and the Kiwi contingent was in regular contact, with a room set aside for socialising, with gaming consoles for down times.

Smith would not be drawn on what he thought his chances were of an All Black call-up when coach Graham Henry announces his squad on Sunday.

That was "out of my control".