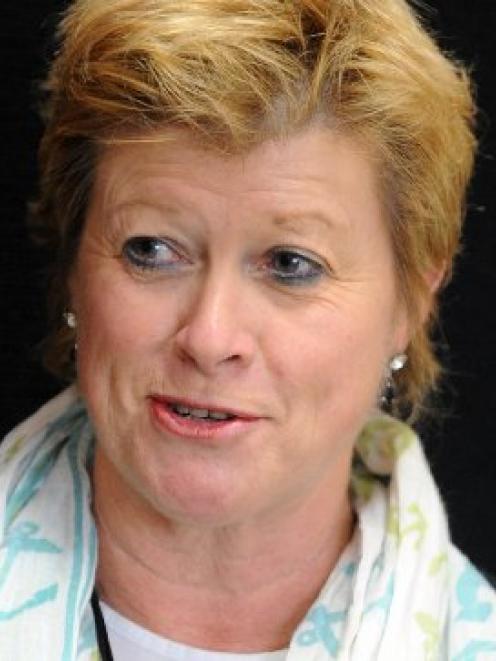 Kereyn Smith
Kereyn Smith says her appointment as vice-president on the Commonwealth Games Federation executive committee is exciting and daunting.

Smith, who was born in Clinton and educated at South Otago High School and the University of Otago, was appointed to the role at the federation's annual general meeting in Auckland earlier in the week.

She has been the New Zealand Olympic Committee secretary general since 2011, and will be in the vice-president role for the next four years.

''It's a really exciting and optimistic time for the organisation,'' Smith said.

When asked what the biggest challenges ahead were, Smith said shoring up the programme of events and improving the quality of athletes participating across the board.

''Some of the big challenges is just getting some real solidity around the Commonwealth Games as a product,'' she said.

''From the time of the Delhi games in 2010, there has been a lot of work done to rebuild the brand.''

Building on the youth Commonwealth Games - this year's event starts in Samoa this weekend - was also a priority, particularly securing its long-term future, Smith said.

She also emphasised the importance of the Games for New Zealanders, pointing out it is our only major multi-sports event outside the Olympics.

There was no doubt there was a stack of talented athletes in the Commonwealth - 50% of all medals won at the IAAF athletics world championships were by Commonwealth athletes - but the Games needed to be well timed to ensure their availability, Smith said.

''It's important the events are presented as high quality and that the countries participating value it and put it at the centre of their thinking.''

Durban was confirmed as the lone-bidder to host the 2022 games during the week, after Edmonton withdrew from the race.

It was also announced that the number of compulsory sports would increase from 10 to 16 from 2022 on.

Track cycling and gymnastics were not included in Durban's original proposal, but the federation would be discussing the make-up of the programme with South African officials in the future.

Despite not being compulsory, track cycling has been apart of every Commonwealth Games since 1933, but Durban does not have a velodrome.

South African officials have ruled out building one due to financial reasons, but Smith, who visited Durban six weeks ago, has not ruled track cycling out of the games just yet.

''There will need to be a good deal of work done by all sides to get track cycling on the programme,'' she said.

''To my understanding, there were no track cyclists from Africa in Glasgow [last year] at all. It's not widely practised, nor do they have facilities there.''

Smith said there were a couple of options, including a temporary facility or track cycling being held in Cape Town.