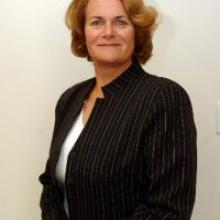 Vivian Blake
A former Dunedin Hospital nurse who went public with concerns about bullying in the hospital's emergency department has welcomed the news of a new project to counteract bullying at the hospital, but questions how effective it will be.

The nurse, who wished to remain anonymous, sparked a raft of allegations of bullying and harassment at the hospital, which eventually led to senior management admitting there was a problem.

The nurse contacted the Otago Daily Times yesterday after returning from a three-month work placement in Australia, to ask what had happened at the hospital since she approached the newspaper to publicly air her concerns last year.

The Otago District Health Board issued a newsletter to staff last month telling them they were developing a workplace culture development project, which would form a working group to examine ‘‘the existing workplace culture and issues''.

Chief operating officer Vivian Blake said she would be leading the working group, alongside a facilitator, and it would include hospital staff and unions.

The nurse said she believed an independent person, who was skilled in dealing with workplace issues such as bullying and harassment, should be involved with the process.

‘‘It doesn't take money or staff. It takes somebody with vision to say ‘let's run the best hospital in New Zealand' and then you would get a whole lot of nurses [wanting to work there].''

The nurse said she was not the only Dunedin nurse working in Australian hospitals because of untenable treatment by some Dunedin Hospital staff.

She said she had met three nurses in one day in an Australian hospital who preferred to travel across the Tasman rather than put up with bullying and harassment in Dunedin.

The nursing employment agency she was employed with paid for her airfares to work two to three-month stints in Australia. She did not earn more money as a full-time nurse in Australia.

When approached for comment about how the work group would be formed, Mrs Blake said the facilitator would be an independent person from outside the district health board.

The facilitator's role would depend on what staff believed it should be. ‘‘It is not for me to determine how we do this. It is really up to the staff.''

The new project had not started yet, but the board would be asking staff for solutions and wanted the process to be inclusive, not exclusive, Mrs Blake said.

The nurse should have come to her with questions rather than going to the media, she said.

‘‘One person mentioned about bullying in the emergency department. It is not about bullying. This is about determining a workplace culture where staff feel safe and valued.''