Bunk-building prisoners might end up sleeping on the job 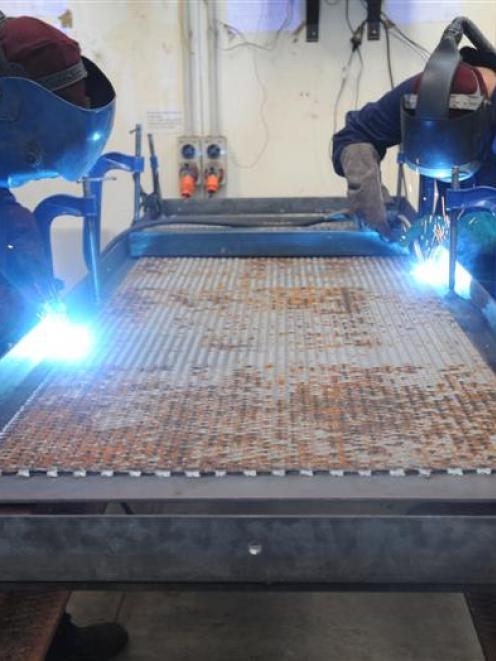 The prison's commercial engineering workshop, which offers inmate employment programmes, recently won the tender to build the 122 steel bunks and ladders that will be installed in the prison to allow for the increase in capacity from 335 to 485 next February.

The successful tender means some prisoners are crafting beds they might eventually be sleeping on.

It is an irony not lost on them or their instructors, who have their hands full with the double-bunking project.

About seven prisoners work on the bunks most days.

They are involved in almost every aspect of the manufacturing process.

Steel arrives at the workshop and the prisoners cut it to length before they weld the steel together and place the mesh frame inside.

The contract is handled by the prison's inmate employment programme.

The bunks are then sent out of the prison for sandblasting and powder-coating work before they are installed in the cells by double-bunking contractor Naylor Love.

Engineering instructor Austin McArthur estimated the crew was already one-quarter through its contract.

The agreement stipulates all 122 beds must be finished by early January, but he believes the job could be finished before Christmas.

The first 11 beds have been installed, while another 23 are away being powder-coated. Another 12 beds were being worked on in the workshop yesterday.

Many of those employed in the workshop went on to gain unit standards and other qualifications that would help them find work once released.

Prison management estimated up to 85% of all eligible prisoners were involved in some form of employment and/or training at the prison.

The double-bunking project was initiated by the Government as one way of accommodating a predicted rise in prisoner numbers early next year.