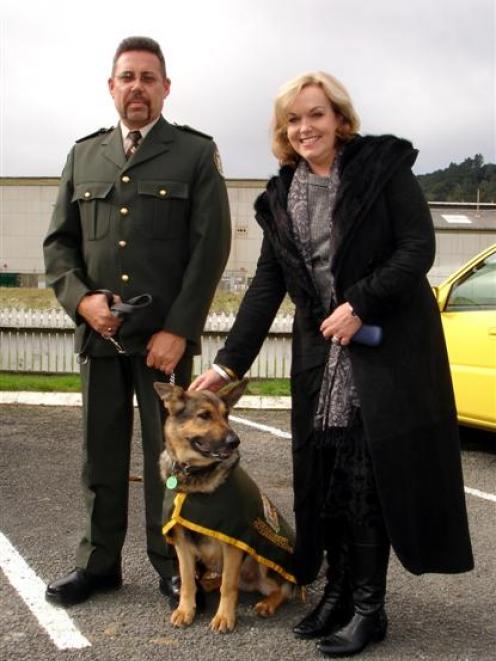 The 3-year-old German shepherd will now be based at Milburn, with dog handler Werner Botha.

Mr Botha and Diamond were among eight dog teams to graduate from the New Zealand Police Dog Training Centre at Trentham last week.

Mr Botha has been a dog handler with Corrections for nine years and Diamond is his third drug dog.

"She's good. She's well tempered and good around people but has a very high drive to detect narcotics. I love working with dogs, but it's about the hunt.

"We're dedicated to stopping drugs coming into our prisons."

Drug dog teams from Corrections, police and customs took part in the 10-week training programme, where dogs are trained to sniff out and react to narcotics.

Dogs were also used to patrol outside prison buildings, including car parks, in an effort to prevent anyone trying to sneak illicit substances inside.

In recent months, a 14-year-old visitor was arrested and charged after a drug dog at Hawkes Bay Regional Prison indicated cannabis was concealed in his shoe.

Most corrections drug dogs came from the SPCA, or were given by members of the public.