Key figure during period of change 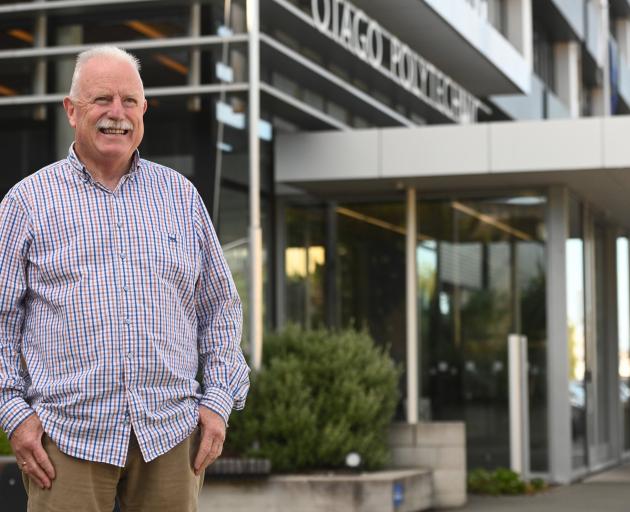 Deputy chief executive learner experience Chris Morland retired yesterday, ending four decades in tertiary education, the past 17 years of which have been at the polytechnic.

Mr Morland moved from the Nelson Marlborough Institute of Technology in 2004. He said he had seen a lot of change at the polytechnic, where his first position was head of the Otago Institute of Sport.

A promotion to group manager meant his portfolio and responsibilities expanded as all teaching departments reported to him.

Despite the many changes he had seen, one of the constants at the polytechnic had been the quality of its delivery, he said.

“I think it’s in the DNA of this place.

“It’s a thread that runs through staff professionalism, passion and commitment.”

He also stressed the importance of innovation at the institution.

“Our innovation stems partly from our willingness and ability to engage with industry sectors.”

As evidence of its innovative practices, he pointed to the polytechnic’s Capable NZ programmes, which allow working adults to earn their diplomas.

Looking to the future, he was excited about the polytechnic becoming a subsidiary under Te Pukenga, the national network of polytechnics and transitional industry training organisations.

“I believe the collaborative approach Te Pukenga is taking with us will build strong building blocks. Their focus on the learner is to be applauded.’’

Even though he remained passionate about tertiary education, he was looking forward to retirement, he said. While he would still work as an assessor for Capable NZ, most of his time would be spent with family, gardening, fishing and spending time at the Roslyn Bowling Club.