Millions in funding for Otago research 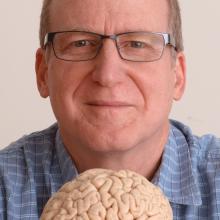 Cliff Abraham
University of Otago projects have received  nearly $19 million in the Health Research Council’s latest funding round, including more than $1 million towards research by Prof Cliff Abraham aimed at better preserving our memories.

As part of its annual round, HRC has just awarded $55.56million to 49 projects throughout the country, including 17 at Otago University, with the potential to greatly improve the health of New Zealanders, HRC officials said.

Prof Abraham, of the Otago psychology department, aims to reveal the fundamental mechanisms that disrupt brain "plasticity" and affect our ability to learn and remember things.

"We are really grateful and excited by having the grant," he said.

The funding would be used for  further research and to employ a young doctoral researcher.

Prof Abraham is a leading neuroscientist and co-director of Brain Research New Zealand, a national centre of research excellence.

Funded by the $1,175,591 grant, his team will be investigating the role of astrocytes — star-shaped cells that support and help the function of nerve cells in the brain.

It was once thought  astrocytes played only a supportive role, but more recent research showed they formed a partnership with neurons in information processing.

Under normal conditions, astrocytes might help by "protecting memories from interference, but in the presence of disease they may actually generate memory deficits," he said.

"The ability to form memories is fundamental to all mental abilities, and there are profound consequences when memory function is impaired, including Alzheimer’s disease, stroke and traumatic brain injury," he said.

"Understanding these processes may help identify new targets for therapeutic interventions to rescue diseased memory and cognition," he said.

Prof Julian Crane and his research team from Otago University’s Wellington campus will receive $1,193,603 million to undertake a national three-year study to clarify if toxic moulds are a health hazard in New Zealand homes.

Previous Otago University research, undertaken as part of the Health Research Council-funded Housing and Health Research Programme, has shown  people who live in cold, damp homes —  most of them mouldy — have much higher rates of respiratory problems such as asthma, colds and influenza.

But Prof Crane said it was not known exactly why these conditions resulted in more breathing problems.

Otago researchers would seek to clarify if small amounts of mycotoxins produced by the mould were causing "inflammatory problems in the airways which lead to coughs, wheezing and an increased risk of colds", he said.

Senior research fellow Dr Rebecca Brookland, of the Otago preventive and social medicine department, is receiving $1,199,989 to study  the predictors and impact of stopping driving on adults aged over 65  and their whanau. Stopping driving could have serious consequences for older people, including depression, poorer health and social isolation, she said.

She is receiving $599,336 towards  her research on the mental health and wellbeing of Pacific youth in higher education.