By Jono Edwards
0 Comments
Mark Wellington cherished the final years he spent with his wife after she was diagnosed with multiple myeloma.

Now he wants Pharmac to make good on its promise to fund for others one of the drugs which extended her life.

She underwent a stem-cell transplant and various chemotherapy regimes.

This included the drug lenalidomide.

The price of the drug was exorbitant, but they were able to get some free from companies with a "compassionate supply". 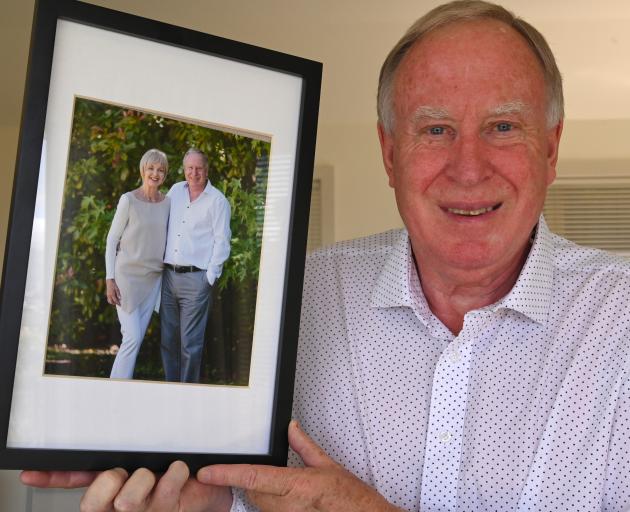 Dunedin man Mark Wellington hopes more people will be able to access live-extending blood cancer drugs. PHOTO: CRAIG BAXTER
She "absolutely" would not have lived as long as she did without it, Mr Wellington said.

"It was wonderful to be able to share those years together. We’re very grateful for the time we had together."

The two married 47 years ago, after they met in Dunedin, where she was training to be a teacher.

They had three sons. The family was "very strong" and a wonderful support network while she was ill.

Pharmac’s proposal is from April 1 to fund lenalidomide for people with newly diagnosed multiple myeloma who underwent autologous stem-cell transplants.

A new 5mg capsule would also be funded to make dosage adjustments easier.

If people could access the drugs, it could extend their life and quality of life, Mr Wellington said.

Myeloma New Zealand is also pushing for the funding.

"This will make a real difference to many Kiwis living with myeloma, especially those forced to fundraise to pay for the drug privately."

However some believed the current system of rationing delay was broken, and wanted faster and better decisions regarding New Zealand’s approach to modern cancer medicines.