A woman who faced a 23-week wait for a crucial scan has now been told she will get the procedure this month. 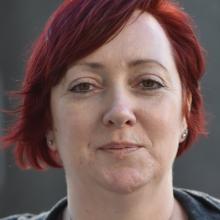 Kirsty Lewis (48), of Dunedin, said was contacted by Dunedin Hospital this morning after her story appeared on the front page of the Otago Daily Times.

"I've had a phone call this morning from the hospital and have an appointment for Thursday, 20 July.

"She said I shouldn't have received that letter, and seemed to be making it out to be a clerical error,'' Ms Lewis told the ODT.

Ms Lewis had been referred for magnetic resonance imaging (MRI) to rule out cancer in her liver. Ms Lewis was treated for breast cancer in 2013.

Her recovery went well, but after a period of unexplained ill-health this year, she had an ultrasound. It revealed lesions on her liver, the cause of which is unknown.

"My breast-care specialist referred me to the hospital for an MRI to rule out the breast cancer having metastasised to the liver."

The 23-week wait was unacceptable as cancer was life-threatening, she said yesterday.

She  received a letter from the radiology department at  Dunedin Hospital to advise "the estimated wait for my appointment was 23 weeks".

"I rang them this morning to ask about the delay and whether my history had been taken into account, and was told that 23 weeks is classed as semi-urgent. They are having issues even covering the urgent cases."

She said a staff member told her the department did not know "where they will be one day to the next", and was getting many calls from unhappy patients.

"I was her fourth phone call this morning for the same reason," Ms Lewis said.

Yesterday, Ms Lewis told the ODT she would have to pay $1800 to have it privately,  otherwise her life could be at risk

Many patients would be unable to afford a private scan.

"I'm lucky that I can get help from family and go private if I have to. There are people out there who can't afford that."

Her appointment letter from Southern District Health Board says patients have the option of going to a private provider.

"If you would prefer to access your scan through a private provider, please discuss this with [the specialist].

The health board was contacted for a response, but did not furnish one before the deadline.