From captivity to captivating 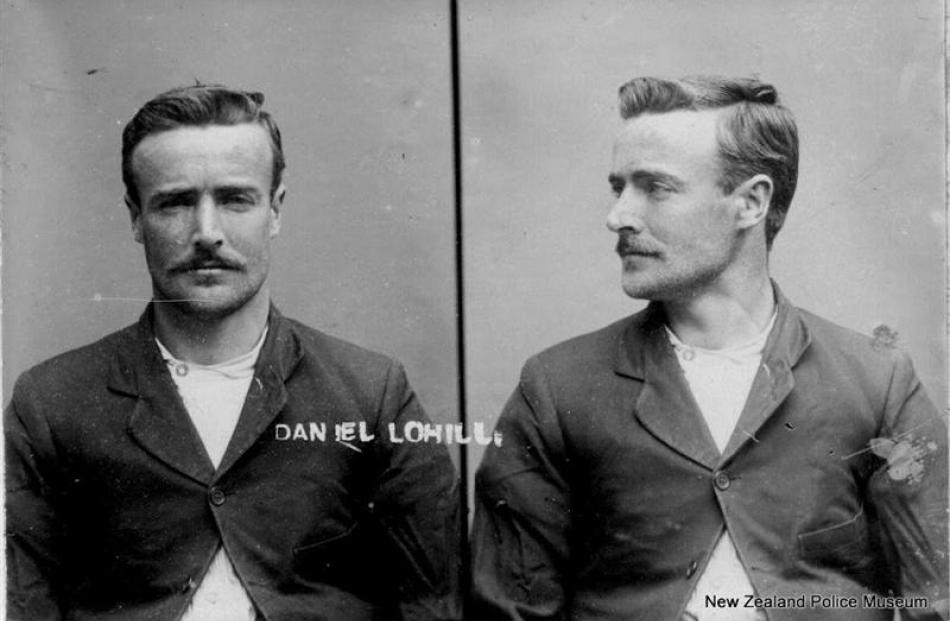 A century-old mugshot of a Dunedin man has captured the imagination of nearly 500,000 admirers around the world.

Daniel Joseph Tohill was arrested and photographed more than a century ago, but it is his arresting photo which has attracted hundreds of thousands of hits and generated positive comments from internet users.

A site which included his photo under the heading "Ridiculously photogenic 19th century NZ criminal", received almost half a million hits since it was posted a month ago.

Comments include "They said he was a model inmate", "Looks like he was ... one smooth criminal", and "if looking handsome is a crime ... then guilty".

Tohill was born in Ravensbourne, Dunedin, in 1881.

Lemuel Lyes, a footage researcher with NHNZ in Dunedin and a keen historian, researched the man's history after the mugshot went viral, discovering Tohill was incorrectly named "Lohill" on his mugshot.

"History should be shared. I love how in the 21st century technology has changed that a minor petty criminal from a century ago can all of a sudden have international interest in his story."

According to newspaper clippings, a Daniel Tohill was charged with stealing two ferrets in Christchurch on June 16, 1906, and also for the theft from a Nelson railway station shed in September 1907.

On March 2, 1908, the labourer and railway porter was charged - and the now infamous mugshot taken - for allegedly stealing a bicycle and a fur necklet in Napier.

Tohill's criminal record ended there, and he later moved with his wife and young children to Auckland, where he died in 1950, aged 68.

His Dunedin-based grand-nephew, Dylan Tohill (43), said Daniel was the third of the 18 Tohill children.

He knew little about the family other than they grew up very poor, but was delighted to learn his distant relative had achieved online fame more than six decades after his death.

Daniel Tohill's mugshot appears in the New Zealand Police Museum's "Suspicious Looking" gallery, with some of those mugshots published by the Otago Daily Times and later on the Fairfax website.

Museum manager Rowan Carroll said the interest in Tohill had "increased our workload somewhat", with an increased number of visitors looking at the gallery, and inquiring about certain mugshots.

"People are intrigued by the different crimes people have committed."

Miss Carroll said Tohill "was not some hulk but rather a fine fellow" weighing 67kg, and just over 173cm tall.

Aliana McDaniel, of Ali McD modelling agency, said Tohill was "one fine looking rascal", but whose features made him look less like a model and more like an actor.