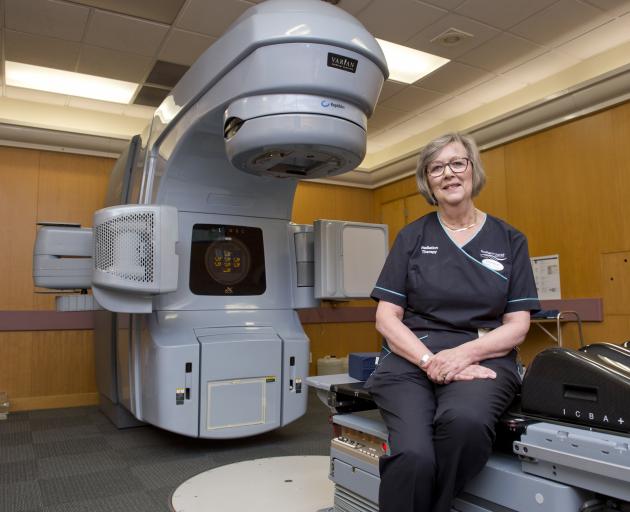 "It has been a bit of a joke around here for a few weeks now, which would go first," Ms Chronican, who retires next week after 42 years of service in the radiation therapy department, said.

The machine is expected to be replaced next year.

"I was always going to be a teacher and at the end of my sixth form year I interviewed well but didn’t get accepted," she said.

"I went back to school for another year and it was in that year that I started to look at different options.

"My father had had radiotherapy in the early ’70s, so I explored the idea, applied and got accepted."

At the same time she was offered a place at Teachers College, as well as the chance to train as an occupational therapist, but Ms Chronican opted for radiotherapy, a decision she has not regretted.

Ms Chronican qualified in 1977, and has seen major changes in technology during her time at the hospital.

"We had to use slide rules, no calculators, so you had to have good maths and physics was an advantage," she said.

"When I started we would have treated 30 patients a day or so, now we are up to 70 or 80 ... and many more diseases are now treatable, I remember when we were able to start treating prostate cancer in the 1980s, and now a third of our patients might be prostate cancer patients."

Ms Chronican, who in 2003 was awarded the Varian Achievement Award for service to radiation therapy in New Zealand, said while her job entailed working with people who were seriously ill, it was a positive and happy occupation.

"It is so rewarding and satisfying, the appreciation of the patients is so wonderful and it will be very hard to leave that, but I know the time is right.

"There are great new, young people coming along and some of the technology is changing so fast it’s hard to keep up."