By John Lewis
0 Comments
A time-travelling cat with no name, looking for a place to call home.

It sounds like a quirky advertisement in the classifieds, but in reality, it is the theme of an international award-winning computer game created by Otago Girls’ High School pupil Carinn Gaspar. 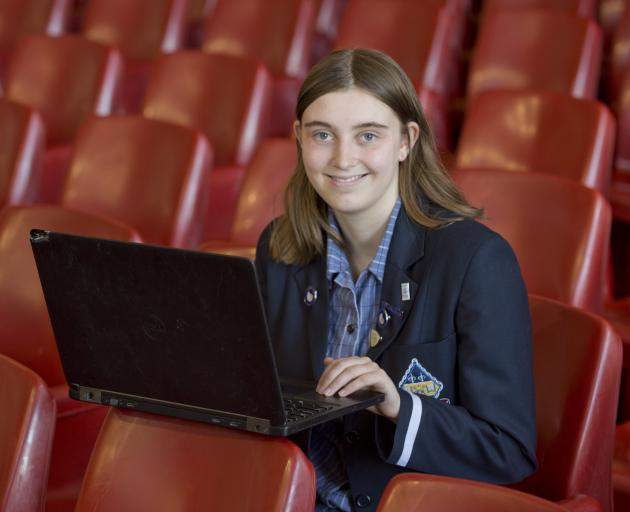 She was one of 800 entrants from 70 countries vying for 18 awards in junior and senior categories, and the only entrant in the southern hemisphere to win prizes.

Her game is called Spirit d’Aventure and follows a cat through time, exploring the world from the prehistoric ages through to the present, and seeing how it has been changed by the growing human population.

While one of the aims of her game was to teach players about environmental issues, she said a point of difference was incorporating social issues. For that reason, the cat has no name.

‘‘It should not feel as if it was made for specifically girls/women or boys/men.

‘‘I want my game to be accessible to as many people as I can.’’

The game has also been designed so it can be played by people with disabilities, including those who are blind.

Carinn spent about two months working on the theory and design of the game.

Her next challenge would be to turn it into a marketable product.

Rather than being pleased by her success, she considered the recognition ‘‘interesting’’.

‘‘Technically, I am excited about it, but I say interesting because I wasn’t expecting to win two categories.’’

She received more than $4100 in prize money and plans to put it towards more computer programming study.

Carinn is studying NCEA level 3 this year, while taking a first-year computer science programming paper at the University of Otago.

She plans to continue studying programming at the university next year.