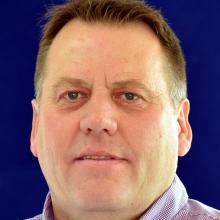 In tendering his resignation, Mr Sincock told the board he planned to "take up another opportunity" in the education sector.

LSM Michael Rondel said the school had been applying ministry funding designated for a Study Support Centre to the school's international cultural exchange programme which allowed pupils to travel to Singapore.

"This funding is subject to a specific agreement and has totalled approximately $29,333 over a three-year period.

"The school has applied this funding to the international cultural exchange programme.

"As a result, the ministry commissioned Deloitte to undertake a more detailed review of the manner in which the school had applied the funding."

The Deloitte review concluded the study support funding should not have been applied to the exchange programme.

Board of trustees chairman Justin Courtney said the ministry had not required the school to repay the funding.

"It should be noted that the school is now no longer receiving this funding and the board has made no decision on the future of the international exchange programme."

He said the issues raised had not affected the day-to-day teaching and learning or other activities in the school.

The board of trustees and Mr Rondel are now working to recruit a new principal.

Mr Sincock will remain at the school until the end of the year, and it is hoped a new principal will be appointed in time for term 1 next year.