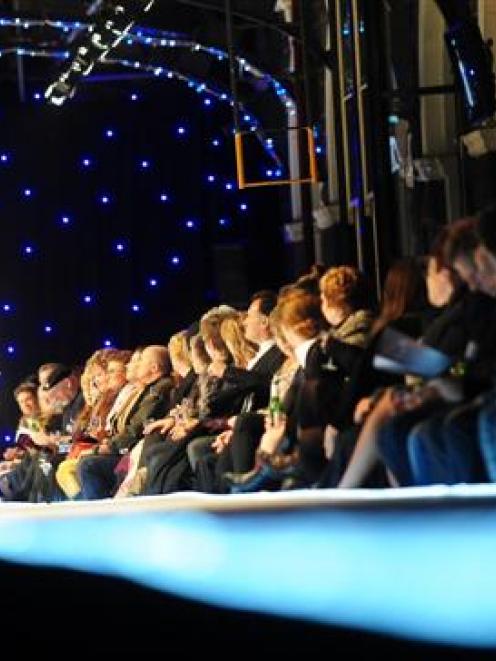 And two of Dunedin's staples - the iD Dunedin Fashion Week and the Otago Festival of the Arts - have both received increases on last year's funding, council events special projects co-ordinator Kim Newman said.

The cash came from the council's events assessment subcommittee - chaired by Cr John Bezett - which yesterday announced the recipients of its annual premier and major events funding round.

Organisers of last year's Ride the Rhythm event at Forsyth Barr Stadium were also underwritten for $10,000, rather than a repeat of the $10,000 grant approved by the subcommittee last year.

The Cadbury Dunedin Marathon - formerly the Moro Marathon - was the one new event to feature on this year's list, with $10,000 allocated, Miss Newman said.

The Port Chalmers Seafood Festival, which made its debut during the 2011 Rugby World Cup festivities, was also awarded $50,000 for a repeat performance, up from $20,000 last time, she said.

The successful candidates were among 15 applicants seeking council support from the latest funding round.

Miss Newman said it was hoped that major event organisers could eventually secure alternative sources of funding as their events grew.

That would allow council funding to be allocated to newer events to help them develop.

''That would be the ideal, but we appreciate sometimes that's not possible.

''It is very, very hard in the current market.''