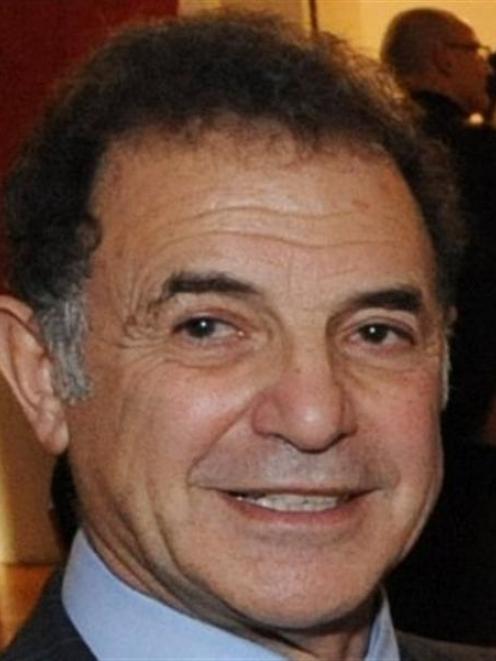 Malcolm Farry
An interim manager has been appointed to the Otago Festival of the Arts to sort out the disarray in the organisation's financial affairs.

Of about 30 local, national and international groups who performed in the October 5-14 event in Dunedin, some have not been paid. Festival director Alec Wheeler has resigned. However, Festival Trust chairman Malcolm Farry said yesterday all artists would be paid by the end of the year.

Mr Farry yesterday apologised for the delays, saying they had been caused by poor administration of the event.

''After the festival, we found the paperwork hadn't been put together properly.

''The management of financial records was such that it was impossible to get a clear picture of the festival's affairs.

''We have engaged an acting manager, and working withtrustees we have managed to reconcile all matters.

''It was absolutely imperative to reach that stage because without that degree of information, we couldn't do anything.

''Without invoices, reconciliations, contracts or a full list of creditors, we were unable to make payments.''

''The board has signed a confidentiality agreement with Alec.''

He said Kerry Buchan had been appointed as interim manager to organise the ''conclusion of all matters relating to the festival'' and the trust was now in a position to pay creditors.

Mr Farry was unable to say how many acts were still to be paid, or how much, but it was hoped the numbers would be known by Monday, he said.

''The important thing is, we have the funds to pay them.

''We sincerely regret the times the artists have had to wait for their payment, and further regret that it was difficult to give a clear explanation when we didn't know the answers ourselves.''

A letter of apology would be sent to those who were still to be paid, he said.

He expected the festival to return.

''The 2012 Festival was well supported by the Dunedin public, and we look forward to the Festival of 2014.''

Subject to Change band member Robert Craigie said he and his colleagues were owed a share of about $1500 from their performance at the Dunedin Public Art Gallery.

The band had invoiced festival organisers, who subsequently told them their invoice had been processed and was awaiting payment.

However, band members have not received payment. Mr Craigie said there were other groups - local and international - also awaiting payment.

''Aside from that, this is one of my main sources of income.

''I'm starting to feel the pinch now and I'm worrying about how I'm going to afford to live over the Christmas holidays.

''There's no teaching or concerts at that time of year. It's quite a lean time for musicians,'' he said.

A source close to the organisation said historically, all artists were paid before they performed, but this year's acts were not.

''The whole thing has just crumbled.

''Local performers are frustrated they aren't even being talked to by the organisers,'' Mr Craigie said.