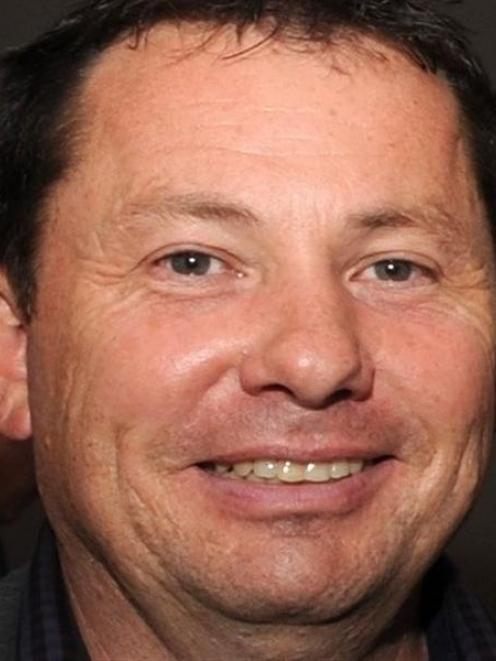 John Christie.
The Otago Chamber of Commerce opposes residential development of a historic Dunedin building - arguing the proposal has shades of the costly and largely aborted harbourside rezoning.

But building owner Russell Lund has struck back, accusing the chamber of ''knee-jerk nimbyism''.

Thirteen submissions supported the proposed redevelopment of the New Zealand Loan and Mercantile Agency Co Ltd building, while four were opposed and one was neutral.

Chamber chief executive John Christie said, in the chamber's submission, that it opposed mixed use of the building, in Thomas Burns St, as it was within the Port 2 zone.

If resource consent is approved, Mr Lund plans to restore the exterior of the category 2 142-year-old building and redevelop the second floor into a 24-unit apartment complex.

''Previously, the chamber opposed the council's plan change 7, which was looking to rezone harbourside land to mixed use, as existing jobs could be lost along with any future job prospects,'' Mr Christie said in the submission.

''After a long process of mediation ... it was agreed that the north side of the harbour basin was best kept for industrial activities.

''It would be disappointing to see individual consents granted.''

The harbourside plan change - which resulted in a smaller area south of the Steamer Basin being rezoned to mixed use, while industrial land to the north was spared - led to protracted negotiations between the council and affected parties and, eventually, cost ratepayers more than $2.6 million.

Mr Christie told the Otago Daily Times yesterday the chamber was not opposed to redevelopment of the building, only the proposed residential use.

The chamber was concerned about the residential redevelopment, given its proximity to businesses and land with heavy industrial uses and the effect residential development could have.

''We aren't opposed to it [just] to be opposed to it. We just want to protect the jobs the city is struggling to retain,'' he said.

Mr Lund said he ''cannot understand how the Chamber of Commerce can want to stop this application in its tracks when the businesses most affected adopt a more reasonable position''.

Port Otago submitted the application should be refused or granted with strict conditions, including that residents agree to a ''no-complaints covenant'' to show they were aware of the noisy external environment.

''The chamber is supposed to promote development in Dunedin, not indulge in knee-jerk nimbyism,'' Mr Lund said.

''What use do they propose for the building?

''The building is deteriorating, it needs a use, some attention, money and TLC to preserve its future,'' Mr Lund said.

It was ''zero hour'' for the building and ''an economic imperative'' that a sustainable use was found for it soon, he said.

Dunedin City Council resource consents manager Alan Worthington said a recommending report was being prepared and a consent hearing would be held on Tuesday, August 19, starting at 9am.

A decision would be made within 15 working days of the hearing, he said.