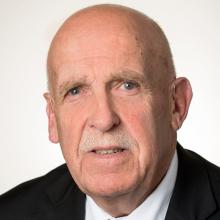 David Benson-Pope
The Dunedin City Council will push ahead with a change to its long-term plan, to decrease the community services targeted rate to $100 in an effort to help properties with low-valued residential properties cope with raised valuations in the coming rating round.

And while Cr Lee Vandervis made some headway during the debate, appealing to his colleagues to revert to the status quo — where the community services targeted rate would increase $247, easing the general rating burden on commercial properties — Cr David Benson-Pope swayed the majority of councillors by the end of the debate, which he won 10-5.

Cr Benson-Pope took aim at those who returned to the plight of the commercial sector at present during the debate.

‘‘This is a sensible change we agreed to because of the effect of the valuation change,’’ he said.

‘‘We are duty bound to respond to the needs and the challenges of our whole community and not a particular part of it.’’

Cr Vandervis said rating would always be a ‘‘blunt instrument’’.

Until recently Dunedin had lagged in key performance indicators for its economy compared to other New Zealand centres and now needed a ‘‘fairer distribution’’ of the rates requirement.

The change, he said, was being pushed by those who ‘‘simply don't understand’’ the needs of business and ‘‘simply rate businesses heavily’’ because they represented a small number of votes come the next election.

Another do-nothing professional politician who has made a living off the back of the people! What a dope! The pandemic is expected to cut 50% of the current valuations. That said, the valuations are speculative, random, and fictitious. A seller actually has to have a buyer who is willing and capable of paying these overinflated values. With a national unemployment rate of 18%-20% anticipated post-pandemic how many buyers do you think will be able to make a purchase! Benson Pope needs to put his pants on because, we the people are organizing, as you bankrupt more and more of us and take the food out of our children's mouths, expect the people to rise up! There are more of US then there are of you worthless politicians and we are sick to death of what you're doing!. Why can't do nothing politicians like this just retire? Why do they have to squeeze every last dollar out of the public coffers on the way to retirement?