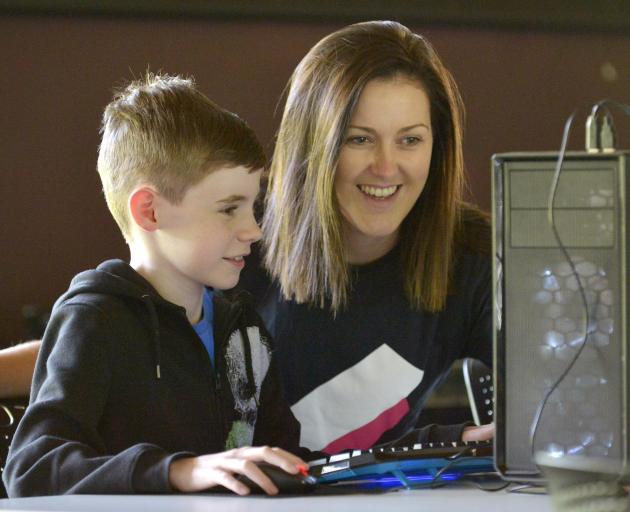 Taking part in the Dune Corps gaming event on Saturday, part of the city's Tech Week TEXpo, are Che and his mother Leanne Ross, of Dunedin. PHOTOS: GERARD O'BRIEN
A Dunedin mum and academic says multiplayer video games are helping her autistic son learn social skills and the value of perseverance.

The comments, from University of Otago department of marketing professional practice fellow Leanne Ross, came during an event in Dunedin on Saturday aimed at bringing social interaction back into gaming and part of the Dunedin TEXpo for Tech Week.

The "Dune Corps" event was attended by her son Che, who was diagnosed aged 2½ with high-functioning autism.

"At that point he couldn't talk, didn't socialise with other kids, and they advised us to get an iPad," Mrs Ross said.

He soon started playing mobile games like Angry Birds, and while she and her husband were pleased to have an activity they could enjoy with Che, others believed he was spending too much time on the device.

"I felt a lot of pressure that people thought he had too much screen time."

But as he grew older and moved to multiplayer online console gaming, they began to realise the benefits of the hobby.

"As soon as he got a little bit older, he wanted to move online and play with his friends.

"At that point we first realised that he had friends, and as long as he was talking about something he was interested in he was really interactive and socialising." 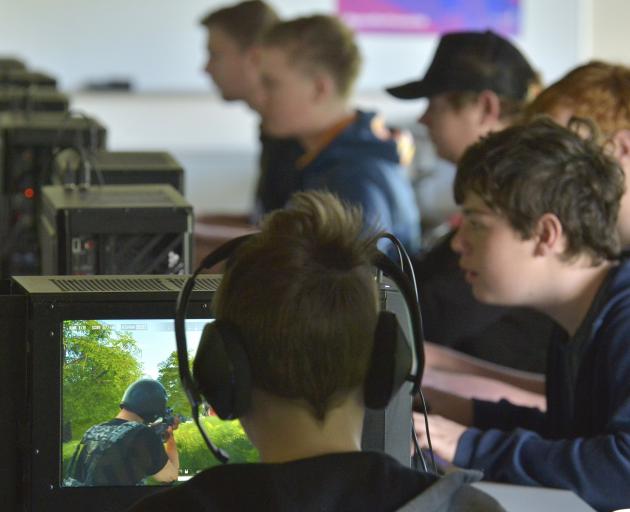 Battling for supremacy during the Dune Corps event, aimed at making games more social and helping encourage quiet, depressed or anxious children to come out of their shells.
Che had no interest in sport, so gaming had become an outlet for the 10-year-old's fierce competitive streak, Mrs Ross said.

"He's really competitive, loves working in a team, loves winning things, working out how to do stuff."

Gaming imparted the ability to lose graciously, while improving his resilience, she said.

"He also hated learning anything he's not good at, like handwriting or kicking a ball."

Mrs Ross said the perseverance her son gleaned through gaming had already manifested in the classroom, including a marked improvement in his handwriting.

"He's realised you're not always good at something the minute you start it."

Che was now willing to do things he knew would eventually be enjoyable, Mrs Ross said.

She also believed gaming had improved his social skills.

Due to his autism he saw little value in small-talk, though the highly intelligent 10-year-old reads at a 13- or 14-year-old level and can speak knowledgeably about World War 1.

But his gaming crew was working to improve his conversational skills.

"His school friends were really funny this year. They said to him: Che, your big talk is very good but your small-talk is rubbish."

Asked whether she was concerned about the violent content of the games he played, Mrs Ross said she had spoken to her son about the reality of gun violence and they had visited the Dunedin Mosque after the Christchurch attacks.

She and her husband also limited Che's screen time before bed and encouraged daytime activities.

In his view, the events helped forge friendships, fostered social skills and were a wholesome alternative to the binge-drinking sessions rife in small towns like his.