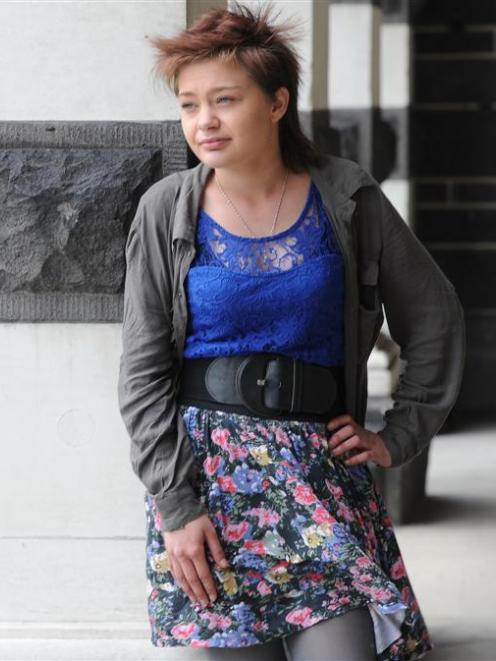 "I was doing crazy things, and that was just not like me ... I am normally happy and chilled," Emily Holkenbrink (18) said.

She said she had been smoking the product for the past year, and had developed a 6g-a-day habit, costing her $17-$20 a day.

However, she said she had quit her legal high habit after a manic episode last month which resulted in her spending time in an isolation ward at a psychiatric hospital.

"I was possessed by a demon ... I did not know what was happening. I started screaming so loudly that I did not even recognise my own voice."

She said that incident was the result of her K2 habit, which left her feeling agitated and aggressive. She had even punched herself in the face.

She contacted the Otago Daily Times after reading about the growing concern over the product and its effect on young people.

She had spent thousands of dollars on synthetic cannabis, such as Kronic and Tai High, but it was the still-legal K2 that was causing her friends the biggest problems.

"People are having nightmares about killing their friends and family ... this is is horrendous stuff."

She had sold most of her possessions to buy synthetic cannabis.

She said the age-restricted product was readily available at many city dairies, some of which sold K2 to under-18s without asking for identification. She knew of 13-year-olds who could source the products.

Last week, Associate Health Minister Peter Dunne said he was concerned by reports in the lower South Island about K2, and the Ministry of Health was working with police to test K2.

To date, 28 substances have been placed under temporary class drug notices, effectively removing more than 50 synthetic cannabis products from the market.

Legislation would be introduced in Parliament before the end of this year to reverse the onus of proof so synthetic cannabis manufacturers would have to prove their products were safe through rigorous testing regimes at their own cost.

That change could not come soon enough for Miss Holkenbrink, who said since giving up the product she had lost 10kg, her skin was clearing up and she was feeling excited about the future, including the possibility of studying at polytechnic.

"I feel amazing. I can't even explain how life is now."