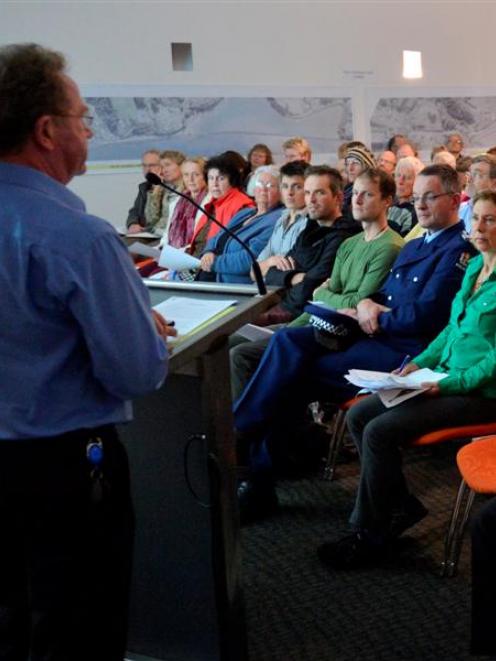 Projects worth more than $47 million will form a cycle network unlike any other within urban New Zealand, those at a forum in Dunedin heard last night.

''Cycling initiatives are popping up in almost every part of our city. There's a huge groundswell in the community of interest in cycling in all its forms.''

A better cycle network would boost tourism as well as benefit residents, he said.

The network needed to be safer and better link parts of the city for the ''untapped demand'' for cycling to be satisfied.

Traffic engineer Axel Wilke, of Christchurch, said the proposed South Dunedin cycle network would be the first of its kind in urban New Zealand and should be built by July 2015.

Up to two-thirds of the population would use the network if it was safe and comfortable enough.

''Dunedin will set the example for the rest of the country.''

In addition, wider cycle lanes and other improvements along Portobello Rd and Harington Point Rd, worth $36 million, should be finished in a decade.

Dunedin City Council programme engineer Mike Harrison said 5km had been developed since 2006 and a further 13km remained to be done.

New Zealand Transport Agency senior projects manager Phil Dowsett said completion of the shared cycle and pedestrian path along State Highway 88 from Dunedin to Port Chalmers would cost up to another $9 million.

Almost half of the 10km development was finished.

Funding was likely to be allocated in the 2015-18 national land transport programme.

An agreement between the council and the Dunedin Tunnels Trail Trust would also see a cycle route linking South Dunedin and the Taieri, incorporating the soon-to-be upgraded Caversham and Chain Hills rail tunnels.

Trustee Gerard Hyland said the 865m Caversham tunnel, built in 1872, would cost between $1.7 million and $2 million to restore, and the 480m Chain Hills tunnel - almost as old - needed remedial brickwork.

The trust would establish a group to manage the work.

''It's now time for us to get our hands dirty,'' Mr Hyland said.

In the meantime, widening of the cycle lanes to 2.4m along SH1 on central Dunedin's one-way system would be accompanied by the installation of more bollards separating cycle and traffic lanes.

NZTA would continue to investigate long-term improvements for SH1 and add further cycle and pedestrian facilities within the Caversham Highway project.

Robert Thompson, of Dunedin cycling advocacy group Spokes, said millions of dollars could be injected into the community if residents opted to cycle instead of drive.

DCC safe and sustainable travel co-ordinator Charlotte Flaherty said the council had extended its cycle education programme, run in conjunction with police, to include five schools and incorporate 240 children this year. It would be held in another five schools next year.