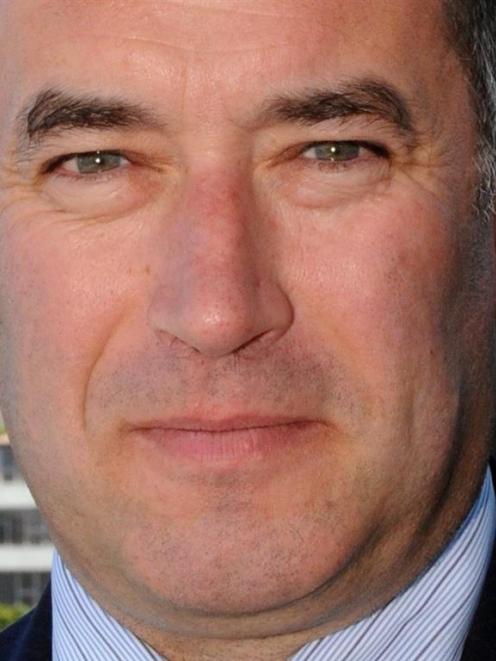 Grant McKenzie.
Some of the Dunedin City Council's divestment decisions have cost the city, it was revealed at yesterday's council finance committee meeting.

Group chief financial officer Grant McKenzie said the Waipori Fund had realised some losses as a result of the council's decision to divest from some sectors, but the total amount was not clear.

The council voted last May to scrap any investments the fund had in the munitions, tobacco, fossil fuel extraction, gambling or pornography industries and to bar future investment in those industries.

The ethical investment policy gave the fund two years to exit those industries, but Mr McKenzie confirmed yesterday the last of its positions - BHP Billiton and Rio Tinto - were sold earlier this year.

‘‘We are now in a position that we have completely divested in those shares,'' he said.

Some of the unfavourable variance was because of divestment losses, Mr McKenzie said.

‘‘One [position which had lost money] is BHP,'' he told the finance committee yesterday.

‘‘There's a number of equities we have lost money on, which is a function of markets.''Committee chairman Cr Richard Thomson said the shares would have been worth less to the fund if they had continued to hold those positions.

Cr Andrew Whiley - who was opposed to the investment policy - replied that if the fund continued to hold the positions ‘‘they might have had a chance to come back''.

Speaking after the meeting, Mr McKenzie said the decision to sell the shares, well ahead of the two-year deadline, was as a result of the recommendation of the fund's advisers.

It was not possible yesterday to put a figure on what cost the divestment had on the fund or whether the reinvested funds had negated some of those losses.

Mr McKenzie said the council would be able to provide a more complete breakdown on divestment losses later this week.

A report by Russell Investments provided to councillors last year estimated not investing in fossil fuels would have cost the fund $2.2million - or $170,000 a year - in the period between 2000 and 2013.