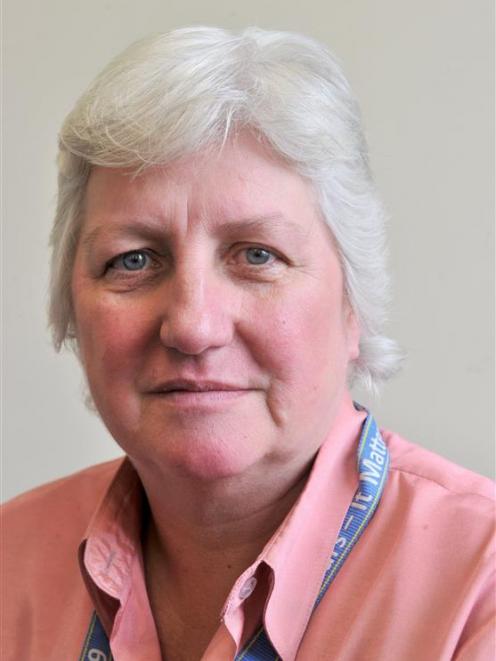 Carole Heatly
The Southern District Health Board is ‘‘absolutely'' holding the Compass Group to account over the standard of Dunedin Hospital meals, but specific details and clauses in the 15-year contract with the multinational remain obscure.

‘‘There'll be mechanisms in the contract that talk about standards, and we will look at that contract to hold Compass to account for delivering that contract,'' chief executive Carole Heatly told the Otago Daily Times in an interview yesterday.

‘‘I don't have the contract in front of me. I can find that out and come back to you.''

Ms Heatly, who was speaking from Christchurch, said she accepted there was a problem with Dunedin Hospital meals, but she was perplexed as to why there were so many more complaints than in other places where Compass provided hospital meals.

‘‘There clearly is an issue with the food, otherwise patients wouldn't be complaining.

‘‘I don't understand why there is a higher level of complaints in Dunedin ...

‘‘I don't know whether our expectations were higher or [if] our food was of a much higher quality before [the company took over the kitchens].''

Asked if the board would cancel the contract if the problems were not fixed, Ms Heatly said ‘‘anything's possible'', but that had not been considered.

‘‘We'll cross that bridge when we come to it; we're not there yet.

‘‘We absolutely hold Compass to account to that service-level agreement on the quality and standards of food that they're serving to our patients.''

Asked what the board was doing to fix the problem, beyond reassuring the public that improvements were happening, she said Compass's performance was being closely monitored.

‘‘We're working on improving the offering that Compass are making to our patients, because our patients are telling us it's not good enough.''

Ms Heatly said she did not have an updated figure for the number of formal complaints about the patient meals. As of last Wednesday, 20 formal complaints had been lodged since the Compass food model was introduced in Dunedin on February 10. Ms Heatly said she could not comment on any of the individual meals offered by Compass, some of which have been highlighted in the media, because they needed to be considered in context.

Compass had responded by changing some of the menu options.

‘‘We need to make sure those improvements continue so those complaints come down.''

The health board last year approved the 15-year deal, which some other health boards have also entered, despite strong opposition from many members of the public.