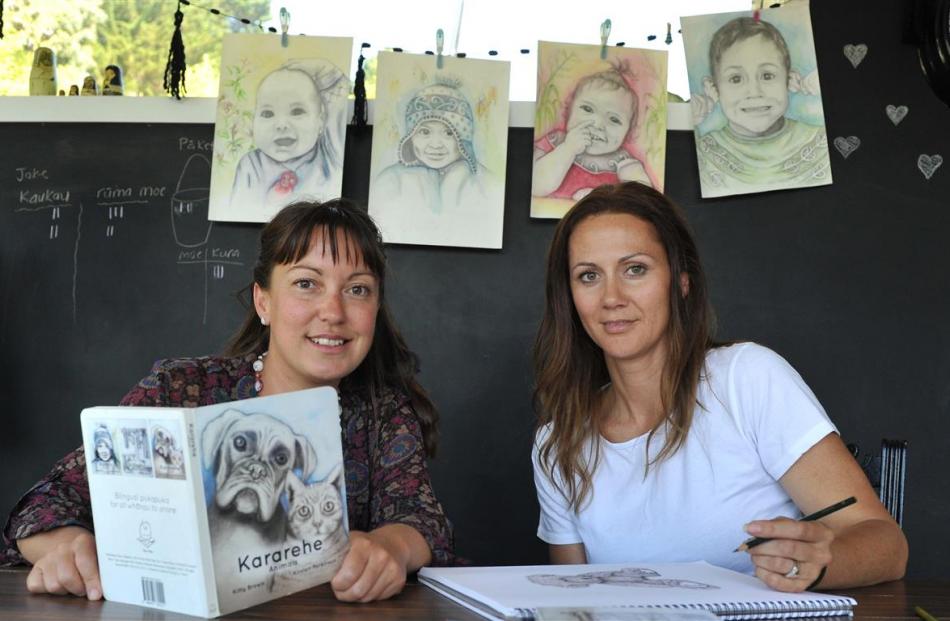 Wanting the best for their children and a lack of junior te reo books led two Dunedin mothers to start their own bilingual publishing company.

Reo Pepi will launch on Thursday at the University Book Shop with 1000 copies each of pre-school stories Kanohi [my face], Kararehe [animals] and Kakahu [clothing].

The brainchild of Kitty Brown and Kirsten Parkinson, the idea came three years ago, as the priority in their lives became motherhood.

"When you have little children, you start thinking that you want to make the best of yourself,'' Mrs Brown said.

"We wanted to make [te reo and reading] part of our whanau. It just sort of happened that we were thinking along the same lines. There wasn't a lot out there [te reo books for babies and toddlers] and I thought 'Well there could definitely be more in this space'.''

Mrs Brown authored the books while Mrs Parkinson, an artist, illustrated them.

The pair, of Ngai Tahu decent, were working to have the titles stocked in bookstores around the country and already had plans for further publication.

Digital copies were also in the pipeline.

They were focusing on early childhood themes and hoped to get them into early learning centres and schools.

"We're researching now, the concepts that sort of go along with learning,'' Mrs Brown said.

"We would love to get them into schools if teachers found them appropriate. It's a goal for us ... ''