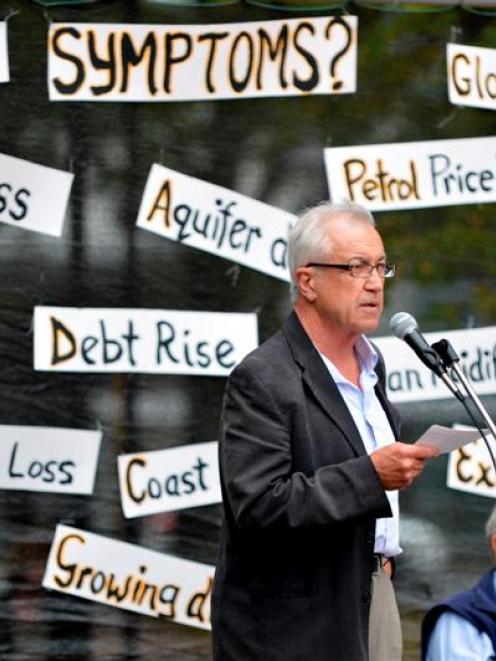 Wellington orthopaedic surgeon Russell Tregonning speaks about the link between climate change and its effects on health at the launch of the National Risk Assessment Project at the Otago Museum Reserve yesterday.
An appeal to politicians to confront the critical risks facing New Zealand, its environment and way of life has been launched in Dunedin.

A line-up of academics and environmentalists spoke at the Otago Museum Reserve yesterday afternoon to an audience of about 150, calling for a cross-party approach to deal with the risks caused by human-induced climate change, oil constraints and the failure to protect ecosystems.

The National Risk Assessment Project called for Parliament to assess the risks in order that responses, if needed, could be made in good time.

Generation Zero spokesman Louis Chambers, a Rhodes Scholar, said there was a dire need for action - for an all-systems, all-society transformation - but the younger generation needed the wisdom and power of the older generation in this effort.

''We can't do it alone. We need you to step up. Without a risk assessment this will be another call for help that went unheeded.'' 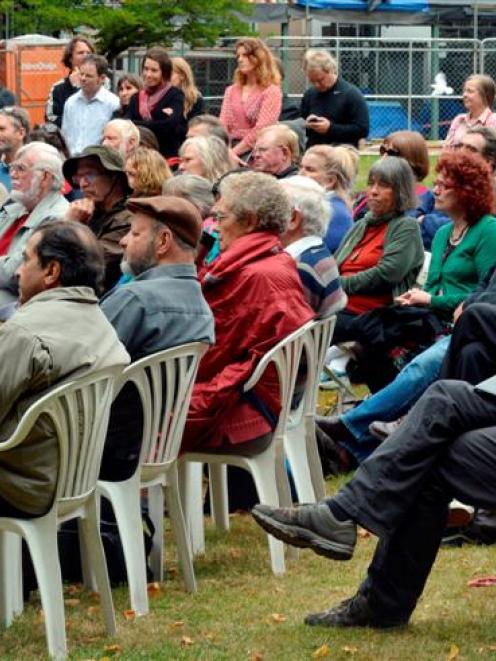 Wellington orthopaedic surgeon Russell Tregonning speaks about the link between climate change and its effects on health at the launch of the National Risk Assessment Project at the Otago Museum Reserve yesterday. Photos by Gerard O'Brien.
University of Otago professor of science communication Dr Jean Flemming said everyone had access to the evidence, but the hard part was convincing people of the need to act - and act together.

''We have to start somewhere and it may as well start here in the museum reserve.''

If they assessed the risks and still believed there was no problem then they needed to show the people the evidence of that, she said.

''You need to act in unity for health's sake.''

University of Canterbury associate professor in mechanical engineering Dr Susan Krumdieck called for the engineers who designed the systems controlling people's lives to open their eyes and recognise those systems no longer operated the way they were designed to and take responsibility in ensuring those systems changed so less fossil fuels were used in the future.

Victoria University emeritus professor Dr Peter Barrett, a geologist, said New Zealand was a perfect place to lead the push for renewable energy and the logical end of those efforts was zero carbon emissions.

''We all agree something needs to be done - let's hope it starts here.''

A public meeting to discuss the appeal was also held last night.