Climber not at fault: friend 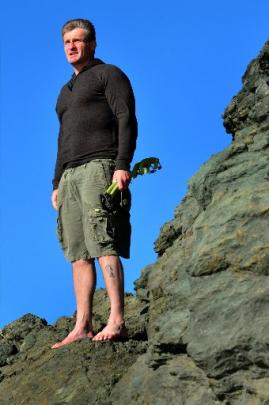 Warrington climber Paul Hersey at Doctors Point, north of Dunedin, where he trains for mountaineering. Photo by Peter McIntosh. 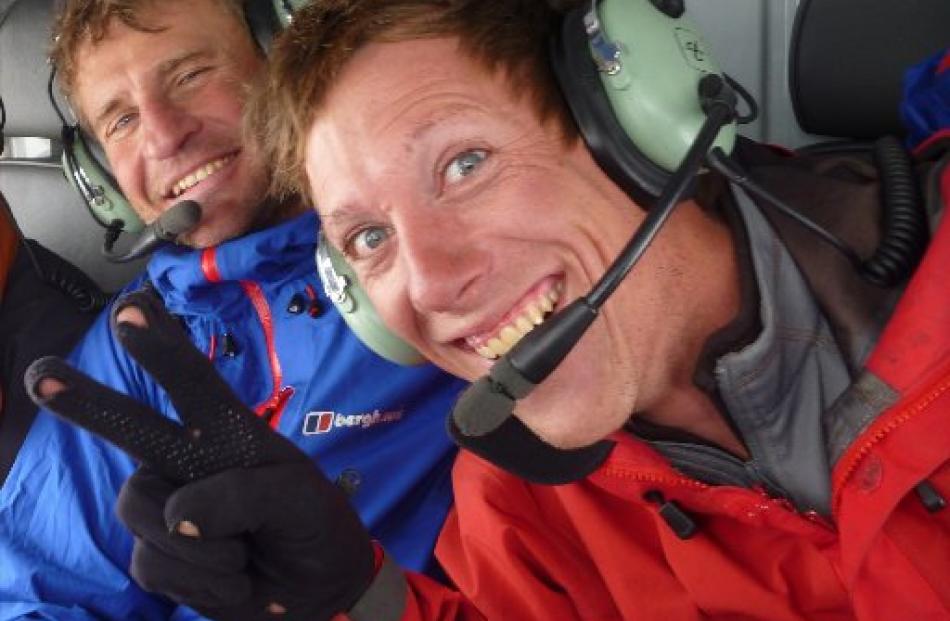 Warrington mountaineer Paul Hersey has attended the funerals of many of his mountaineering mates but he will continue to climb.

Mr Hersey (45) said Christchurch climber Jamie Vinton-Boot (30) was a close friend and the pair had climbed together extensively in New Zealand.

Mr Vinton-Boot was swept off his feet by snow on Monday when traversing and fell 500m to his death into a Remarkables ravine.

Mr Hersey and Mr Vinton-Boot created the climbing documentary One Fine Day on a Mountain, which won a special jury award at the New Zealand Mountain Film Festival this year.

Mr Hersey said the risks to which Mr Vinton-Boot had exposed himself had been exaggerated and conditions at the Remarkables were reasonable for climbing.

The avalanche risk was standard for winter mountaineering and not at high or extreme levels, and the ''snow release'' was a ''small, isolated pocket''.

''It's not an avalanche; more a snow sluff, a small release of snow. It can happen a lot when climbing.''

Mr Vinton-Boot was not anchored up because he was traversing to the route, he said.

The more difficult a climb, the safer the climb usually was, because more safety gear was used.

''But on a more moderate climb, or approach, you can't rope up for those situations because it would take forever and you wouldn't actually get to the climb. In this case, it was walking across a snow slope.''

Mr Vinton-Boot was a safe climber and the wrong message had been attached to his death.

''He's a really close mate, one of my best mates, and you stick up for your mates and in this instance, he was taking all the reasonable safety steps ... Jamie wasn't doing anything wrong. It just happened.''

Mountaineers seek a challenge, not risk, he said.

''But that's a consequence of the environment sometimes.''

Christchurch mountaineers Marty and Denali Schmidt, who were killed while climbing K2 in Pakistan last month, were also old friends of his, Mr Hersey said.

But the risk of every mountain was calculated and risk was a necessary part of life, he said.

''You learn from action and consequences. There has to be some risk.''

Mr Hersey, who has been mountaineering for 25 years, has written two books about its dangers.

His first book was about the death of Guy White from a climbing accident in Italy in 2000.

''I've been through this all before. It's certainly a test of faith when you lose a mate.''

The deaths had caused him to ''soul search'' but he had recently booked a trip with wife Shelley Hersey for both to climb in Nepal next year.

''When an accident happens in the mountains, and it's a friend, you go through the natural grief process.

"Then you look at the accident critically, to see what went wrong and what could have been done differently.''

Then you re-explored your own feelings on climbing, he said.

''It took us a while to get our head around that we still wanted to go to Nepal for the right reasons. And we do.

"We are going to be as careful as we can. We are not going to try and take big risks. I want to die, an old man, in my bed, next to my wife.''

If he and his wife had children, their climb choices could be more cautious, as Mr Vinton-Boot's had become after the birth of his son Mahe, he said.

As they climbed together they shared an understanding on the desire to climb, he said.

''For me, it's about doing something very simple. Our lives can get quite complicated and overloaded with lots of devices and deadlines.

"Where[as], in the mountain, it's a very simple goal, to get to the top of a particular route, and get off, and to live through that.

''It strips your life down to its bare essentials.''