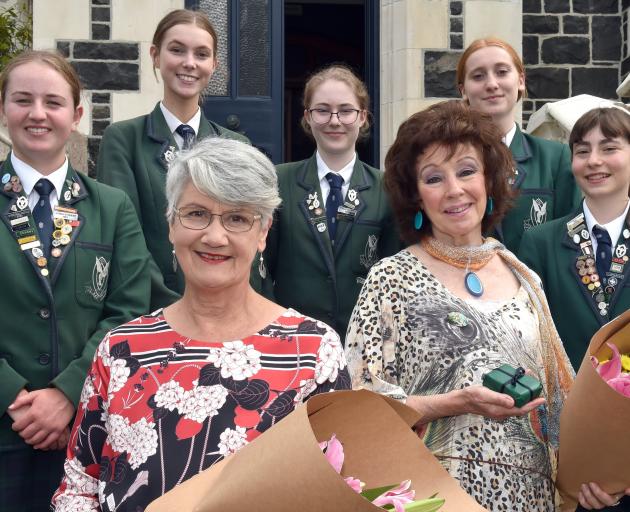 Their appointment to the 2020 distinctions and their wider achievements were celebrated at a special college assembly and lunch yesterday.

Columba principal Pauline Duthie said the college was "immensely proud" of its two former pupils and had watched their careers with great interest.

Ms Bolwell, who attended from 1957 to 1967, had become a playwright, performer, choreographer, and dance theatre leader/educator; and Ms MacTavish (1962-1966) had had a distinguished career in education and acting, the college said.

In November 2015 Ms Bolwell was awarded thewriter’s residency at the Robert Lord Writers’ Cottage in Dunedin to write a play, Taking the High Ground.

She was last year appointed an Officer of the New Zealand Order of Merit for services to dance and theatre.

Ms MacTavish studied dance with her mother, Shona Dunlop MacTavish, and began her professional acting career with the Southern Players, and later the Fortune Theatre and taught drama and English at Queen’s High School for 47 years, where she where she had been head of drama, English and aesthetics.

She was appointed a Member of the New Zealand Order of Merit for services to theatre and education in 2019.

Ms Bolwell said she had received a "great honour" and it was good to see people in the arts being recognised.

Ms MacTavish was "delighted to be honoured" at a college where her mother had long taught modern dance.