Stu Crosson
The split of an Dunedin Anglican parish over the church's blessing of same-sex marriage is complete, both sides going their separate ways.

Part of the congregation has begun a new church, while those who chose to stay have been joined by new members as they deal with the fallout of the split.

A majority of the St Matthew's parish voted last year to disaffiliate with the Anglican church after members disagreed with a decision to allow churches in New Zealand to bless same-sex relationships.

Its vicar, the Rev Stu Crosson, said in his writings last year to bless something God called an abomination and the apostle Paul described as "inviting the wrath of God'' seemed destined to invite the judgement of God upon the church.

The Anglican Church's decision to bless gay marriage set a path he could not follow, and he planned to start a new church in the city.

His views were described at the time as "bad, mean and lazy theology'' by former University of Otago queer support co-ordinator and Christian Neill Ballantyne. 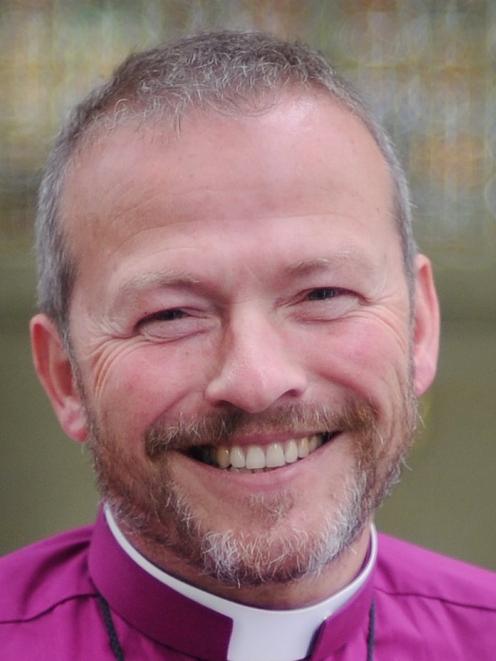 Steven Benford
An Anglican diocesan spokesman yesterday said the remaining members of the parish were continuing to meet at St Matthew's.

A Balclutha-based member of the clergy was travelling to Dunedin to assist with services.

The spokesman said there was still a "significant'' congregation at the church.

That congregation needed to "let the dust settle'' on the split and go through a process of considering the future of ministry at the church.

Anglican Bishop of Dunedin the Rt Rev Steven Benford would preside at the morning service in St Matthew's tomorrow, and planned to engage with parishioners.

Mr Crosson had his last service at St Matthew's at the end of last year, had been on leave after that, and officially finished as vicar on February 14.

Asked if the church had begun looking for a new vicar, the diocesan spokesman said "yes and no''.

Interim arrangements had been put into place, but it would be "a gradual, staged process''.

"As with anything like this, there will be informal and more formal work on it.''

It was hard to say how many people had stayed at St Matthew's, as new people had joined the existing congregation.

Dr Benford said, in a statement, although some had chosen to leave with Mr Crosson, the diocese was committed to maintaining an Anglican presence in the area.

"Already I have had good meetings with those who have not decided to leave and I am excited about the future ministry of the parish,'' Dr Benford said.

Its social media site describes it as a ``biblical, vibrant and missional expression of Christianity''.

"We are Anglican in character and align with the majority of Anglicans around the globe.''

Aligned with, but not of, the Anglican Communion.