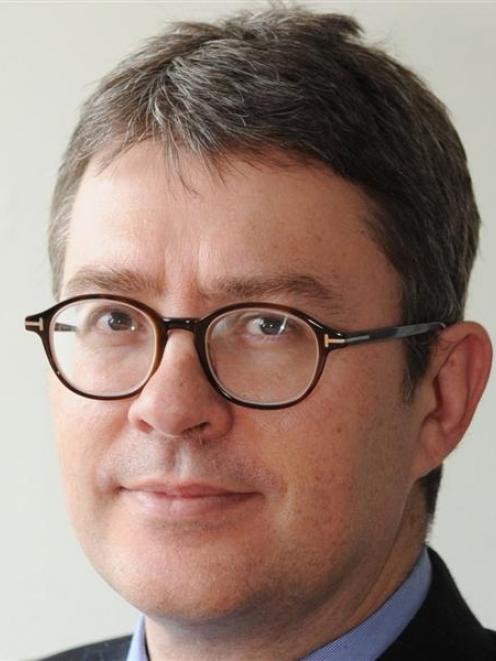 Paul Orders
Dunedin City Council chief executive Paul Orders has turned down a $35,000-a-year pay rise, saying the increase cannot be justified when the organisation is in savings mode.

The decision came after the council's performance appraisal committee - headed by Mayor Dave Cull - concluded Mr Orders' $350,000-a-year salary was 10% below that of others in his role.

Mr Cull said, based on the figures and Mr Orders ''excellent performance'' to date, the council had offered Mr Orders a pay rise and two weeks' extra annual leave.

The pay rise was intended to ensure Mr Orders' remuneration matched the median pay for others in the sector, while the extra annual leave rewarded ''excellence'' over and above that, Mr Cull said.

''Mr Orders has advised he would find it very difficult to reconcile a salary increase with the ongoing push for the DCC to identify economies and do more with less,'' Mr Cull said.

Mr Orders was recruited from Wales and, since arriving in Dunedin in September 2011, has delivered savings from within the organisation that helped ease the council's debt burden and reduce rates pressure.

He has taken a strict line on any budget increases, while pruning $5.6 million from spending - and creating $1.4 million of ''headroom'' within the trimmed budget - ahead of council annual plan meetings earlier this year.

That helped cut forecast rates increases for 2013-14 from 7.6% to 2.8% initially, although investing some savings in accelerated debt repayments, to achieve greater long-term savings, saw that rise again to 4% earlier this month.

Mr Orders was not available to comment yesterday, but Mr Cull said his performance was assessed by the council's performance appraisal committee, chaired by Mr Cull and comprising Crs Richard Thomson, Kate Wilson and Syd Brown.

The committee made its recommendation to the full council, which had endorsed the offer, Mr Cull said.

Mr Orders had ''more than met'' every measure in his performance appraisal, Mr Cull said.

''I think it would be fair to say that the council views his performance across the board as excellent - well beyond normal expectations.

''We wanted to reward excellence and recognise an outstanding CEO who has already saved the DCC millions of dollars ... [we] greatly value his ongoing contribution and integrity.''