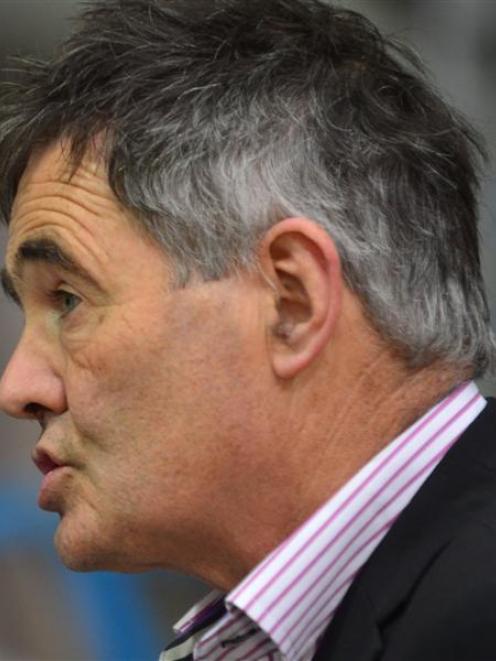 Dave Cull.
A challenge has been issued to naysayers on the process for the selection of the latest piece of public art for Dunedin.

''I challenge anyone to come up with a different way of doing it,'' Dunedin Mayor Dave Cull said.

His comment follows criticism from some Dunedin sculptors over the process used to select a commemorative work for the Dunedin Botanic Garden's 150th year.

Both he and council parks and recreation services manager Mick Reece yesterday defended the selection process, its legality and the panel used to select the $100,000 worm sculpture, Ouroboros, by Christchurch artist Julia Morison.

Sculptors Peter Nicholls and Stuart Griffiths were critical of the process being rushed, the brief being changed a week before deadline and the selected project being $40,000 more than the budget outlined in the request for proposal (RFP) for the work.

They said that disadvantaged other submitters, who would have been working within the $60,000 budget outlined in the RFP.

Mr Cull said he had no issue ''at all'' with the process.

The RFP ''quite explicitly'' stated the council expressly reserved the right to, among other things, accept or reject responses, whether or not compliant, and make exceptions to the RFP specifications, he said.

To a suggestion from Griffiths that an independent trust or group could be set up for the purpose of selecting public art for Dunedin, as was the case in Wellington, Mr Cull said it was not the structure, but expertise and skills on a selection panel that were most important.

In this case, the council had done as well as possible.

''We selected a group with the best expertise available.''

He noted public art seemed to be an issue that invariably vexed the community.

Mr Reece said he was disappointed by comments about the professionalism of the selection process.

A notice sent out a week before deadline did not change the brief. It focused more closely on the fundamental consideration for the panel: the creative aspects of proposals.

As far as he was aware, no members of the panel approached Morison before the selection, as suggested.

Certainly, none of the council staff on the panel did.

On the issue of paying more for the selected work than the brief outlined, he said people put in all sorts of prices, and Morison's, at $70,000, came in around the specified $60,000. Her $30,000 fee was added on, where others might have included it in their in total.

''I'd be disappointed if that [the terms of the RFP] was a significant factor, if [artists] felt they had to put in a cheaper option, or restricted their creative options.''

As to a potential legal challenge to the decision, he was confident of the council's legal position, given the rights to change the RFP written into the document .

The botanic garden project is being funded from money bequeathed for the garden.

Council events and community development manager Rebecca Williams said the policy would be reviewed after the completion of an art and culture strategy for the city, work on which was just beginning.

The public would have a chance to have its say on what should be in the strategy, but if anyone had any ideas on art in public places, they were welcome to submit them to the council at any time, she said.

Griffiths said the council's response was predictable and sculptors were considering their options.