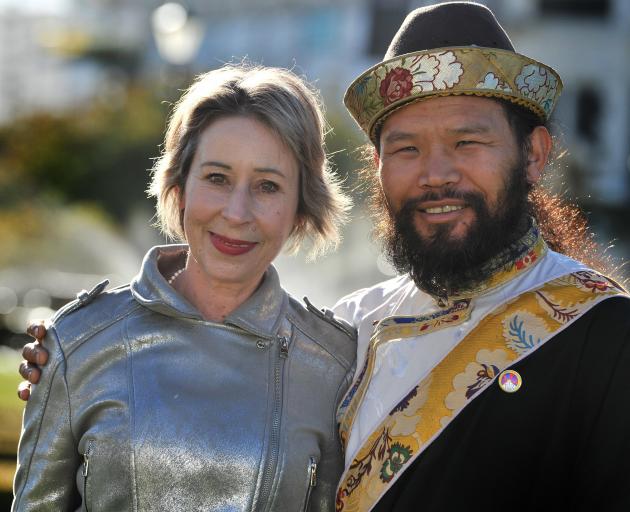 Patricia and Dorjee Tsering are now planning for the future. PHOTO: CHRISTINE O’CONNOR
A Dunedin couple’s stressful four-year battle with red tape seems over after the granting of a residency visa for a Tibetan spouse.

"Once recovered, we have a lot of great plans to focus on together," Mrs Tsering said.

"We feel let free from prison," she said.

Their "utterly traumatic four-year ordeal" with Immigration New Zealand was over.

"Now though, we can finally get on with our lives," she said.

She could return to her studies for a graduate diploma in tertiary education course in teaching English as a second language at Otago Polytechnic.

She was also enjoying the "wonderful experience" of working part-time as a tour guide at Olveston Historic Home, and also worked in a restaurant.

Her husband had recently completed a polytechnic carpentry course, and was seeking a building apprenticeship in Dunedin.

They were "really grateful" for all the support they had received, from the polytechnic, from friends and neighbours, and family members.

The Tserings — who married in 2016, two weeks after they first met — had earlier lived for many months under the threat of Tibetan-born Mr Tsering being deported after INZ queried if their relationship was real.

An INZ spokesman confirmed Mr Tsering had recently been granted residence under the partnership visa category.

"Residence applications take longer to process than most other visas because of the amount of information that needs to be verified and the level of scrutiny required,"he said.

In 2017 the couple travelled to New Zealand to live in Dunedin, with Mr Tsering initially entering the country on a visitor visa.

Subsequent partnership visa applications were declined as INZ officials were not satisfied at the time the couple were in a genuine and stable relationship, and several matters had to be investigated.

INZ was satisfied the couple was in a "genuine and stable relationship", which was a key requirement for granting a partnership-based visa, the spokesman said.