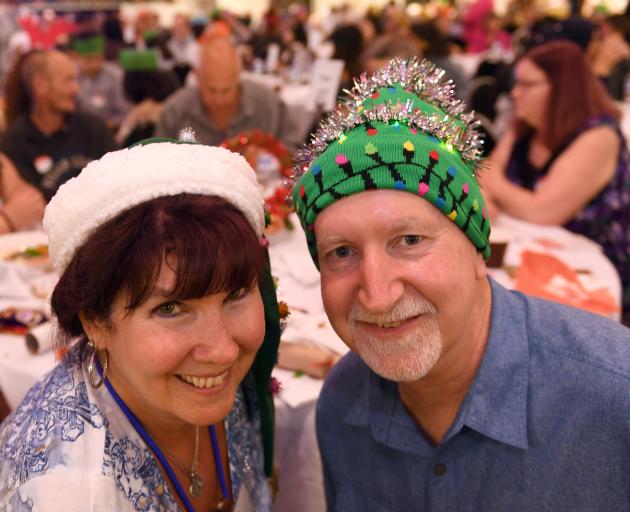 The couple, from White Lake in Michigan, spent the day differently from their fellow cruise ship passengers.

"We wanted to find something meaningful," Mr Tepper said.

"We wanted to give something back to the place we were going to," Mrs Tepper said.

Six months ago, the Teppers contacted  organisers of the Dunedin Community Christmas Dinner to volunteer. 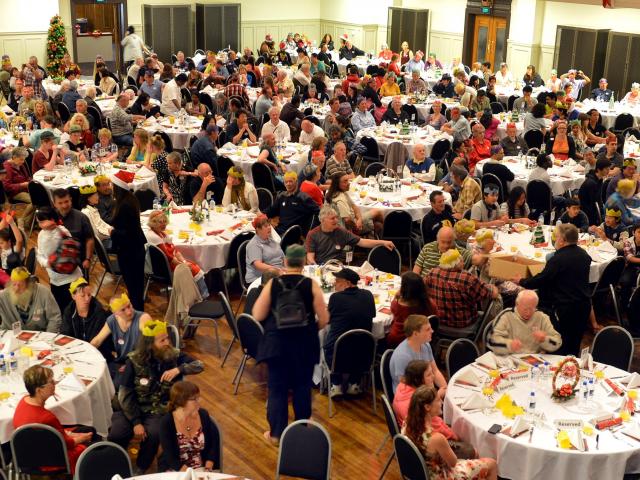 Levi and Judah Kelly, of Dunedin, entertain the crowd at the Christmas dinner.
"This is great — so diverse," Mr Tepper said of the hundreds who  attended  the charity dinner.

Feeling "cosy and accepted", they enjoyed getting to know people, and it was almost like being with family, Mrs Tepper said.

But at times the pair found the experience a little bewildering.

They were confused by one of menu item — roast hogget — and Mrs Tepper had some difficulty with the Kiwi accent.

"They have been very kind to us," Mrs Tepper said of her dining companions.

Mr Tepper gave away his own meal to a diner who had asked for more food.

The couple, whose holiday marked their 30th wedding anniversary, were passengers on  Diamond Princess, one of two cruise ships in Dunedin yesterday.