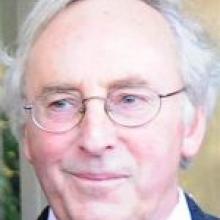 Gil Elliott
The father of Dunedin murder victim Sophie Elliott was forced to read a heavily censored version of his victim impact statement to her killer in court.

Gil Elliott has revealed he was given a statement with entire sections crossed out with a marker pen at the judge's request the night before Clayton Weatherston's sentencing.

Mr Elliott is angry about the censorship, saying most of what was taken out was innocuous in a legal sense, but very important to Sophie's family.

It meant he did not get to "have a crack" at Weatherston, who stabbed his daughter 216 times.

Mr Elliott now wants a law change to give victims more freedom when reading their statements.

The Sensible Sentencing Trust is backing Mr Elliott's call, and has directed its members to refuse to alter their impact statements until the law is changed.

Mr Elliott said the censoring of his statement was "just another way the justice system puts victims down".

He had worked on the statement over the 18 months between Sophie's murder and Weatherston's sentencing, completing dozens of drafts.

It did not contain any personal abuse, nor did it say what sentence Weatherston should get, he said.

But on the night before the sentencing, he was handed the altered version with deletions already marked and had to read from this in the courtroom.

Mr Elliott was particularly disappointed he could not address some of Weatherston's claims during the trial, particularly that Sophie attacked him with scissors.

The rules about victim impact statements are set down in the Victims' Rights Act 2002 and while there are no explicit restrictions, case law dictates victims cannot criticise the offender or the justice system, and must confine their comments to the crime's "impact" on them.

The restriction caused an outcry when the son of murdered Tokoroa teacher Lois Dear was told to tone his statement down in 2007.

He was eventually allowed to read it unaltered.

Sensible Sentencing Trust chairman Garth McVicar said victim impact statements should be allowed to keep their integrity and and not be watered down.

He said members would ignore attempts to censor statements and read them in full, even if it meant being charged with contempt of court.

Justice Minister Simon Power said impact statements and other aspects of victims' rights were being reviewed and he expected a report by the end of the year.

Mr Elliott and Mr Power were due to discuss justice system issues, but their meeting was postponed when Weatherston appealed against his conviction.

Mr Elliott said he believed the impact of Weatherston's crime on him had a broad definition, and he had not been told who had deleted the words or offered an explanation.

Dunedin Crown prosecutor Robin Bates said yesterday the changes were made at the direction of the sentencing judge, Justice Judith Potter.

Justice Potter could not be reached for comment, but a spokesman for the judiciary said the changes to victim impact statements were made either at the judge's discretion or in consultation with defence lawyers.