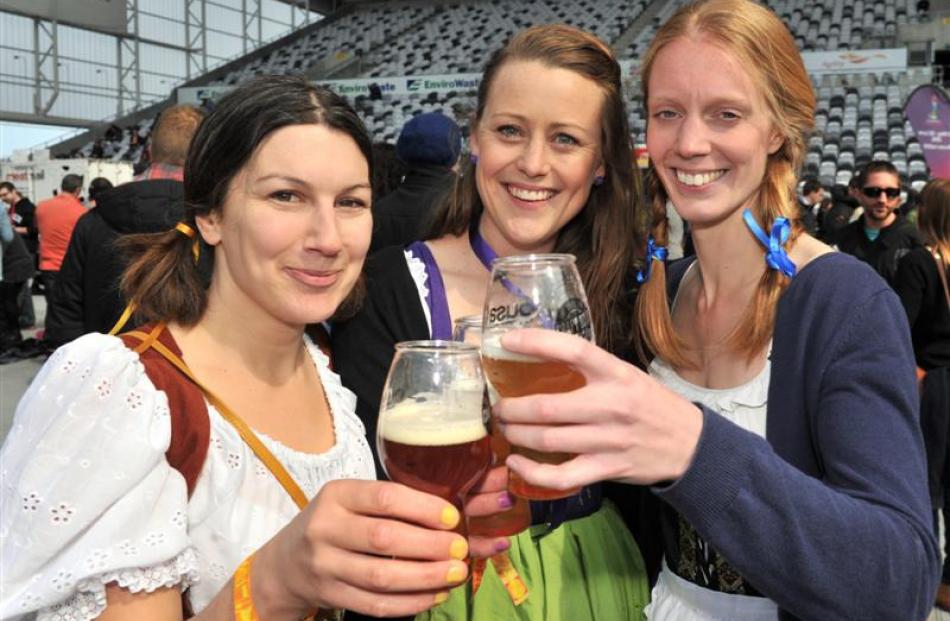 Invercargill women (from left) Meaghan McLeod, Arwen Bakker and Emily Craven are so fond of craft beer they dressed as ''German beer wenches'' and travelled to Dunedin to taste-test the offerings. 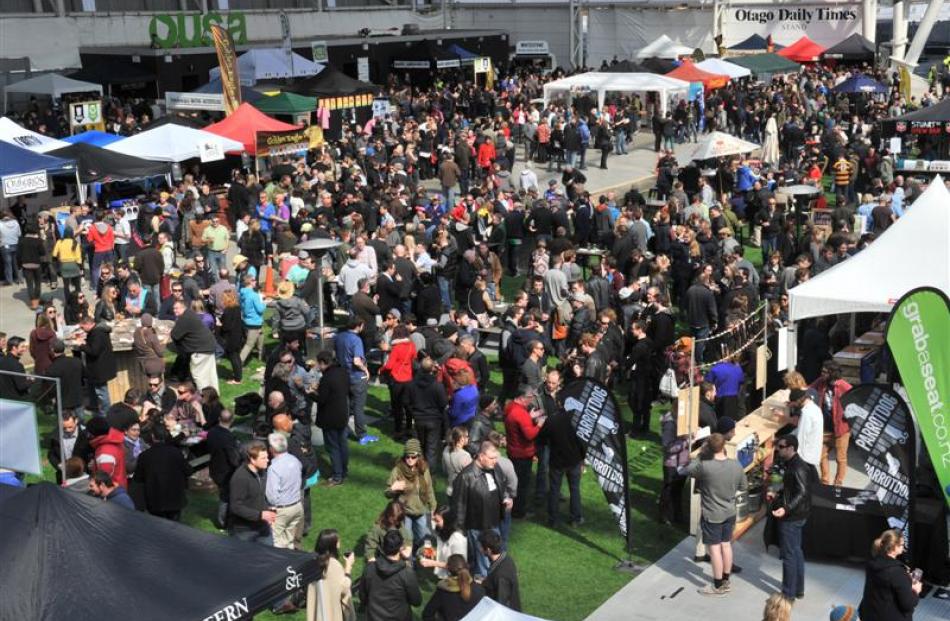 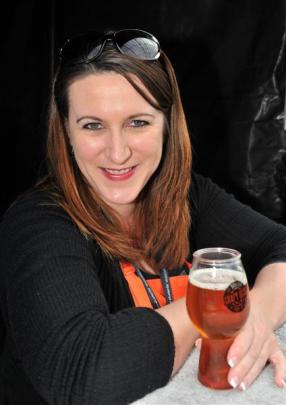 The beer-loving ladies were out in force at the Dunedin Craft Beer and Food Festival, held under cover at a pleasantly warm Forsyth Barr Stadium on Saturday.

''I got into it because of the flavours,'' said Meaghan McLeod, of Invercargill, who dressed up as a ''German beer wench'' for the occasion.

''I like the variety and you can change what you drink according to how you feel, or what you are eating.

''It's nice to introduce people to good local beers, too.''

While women did not outnumber men, the more traditional beer drinkers, at the festival, participants agreed the ratio was probably about 60-40.

Amy Leggat, of Queensland, was in Dunedin for a reunion with her University of Otago flatmates and all six of them, all women, had decided to go to the festival.

And not only are more women drinking beer, more women are brewing it, too.

Christchurch brewer Wendy Roigard, who has been making beer under her label Valkryie for about five years, said she was one of about 20 female brewers in the country.

She got interested in beer while working for a malt importer, to such an extent she found someone to teach her how to brew it and developed her own brand.

While the craft beer industry was male-dominated, it was not sexist or judgemental and as a female brewer she found the industry really welcoming, she said.

''That was one of the things that attracted me to it.''

More women were starting to make and sell craft beers, so much so a New Zealand branch was recently established of the American-based Pink Boots Society, which awarded scholarships to help women advance their careers in the beer industry.

''Women are realising the doors are open to them [to make beer], but really, they always were.''

After negative feedback, last year's pay-by-token system was replaced with an electronic wristband system and the festival was expanded to include the pitch.

Tom Jones, of Crafty Beers, and Chris Mills, of Kereru Brewery, said the wristbands were much quicker, tidier and all-round simpler to use.

Event manager Dan Hendra, the events and communications manager at the Otago University Students Association, said the second festival was a success and its future was secure.