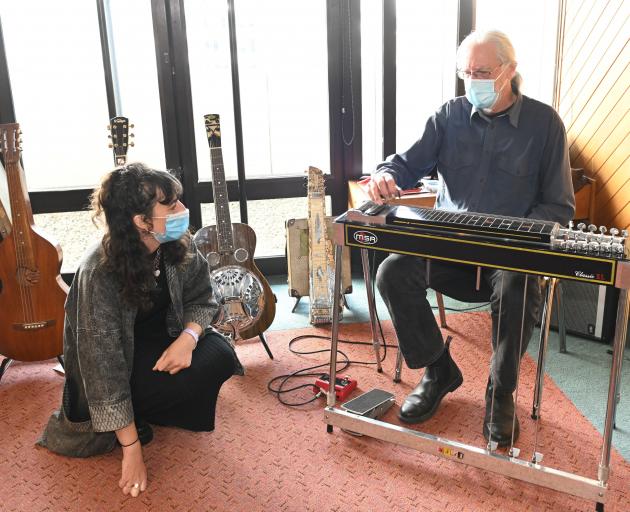 Dr Hyram Ballard demonstrates a pedal steel guitar to Caitlyn Lester at the Nook and Cranny Music Festival’s Pedal Party yesterday. PHOTO: LINDA ROBERTSON
The Dunedin Public Library has been rocked by a group of intrepid sonic innovators sharing their passion for finding weird and wonderful ways to manipulate audio.

Pedal Party organiser Brendan Christie described yesterday’s event, held on the fourth floor of the library, as "a bunch of audio nerds sharing their passion for sounds".

The event was organised as part of the Nook and Cranny Music Festival which usually took place over a weekend at the library but was being spaced out over a month this year due to Covid-19.

Effects pedals were technological devices which, when put between a musical instrument and an amplifier, changed the sound coming out of the speaker.

They were common tools for musicians and had a wide range of applications and could make instruments sound more angry, pretty or spacious.

Some effects pedals could even make an instrument sound like a jet plane taking off.

The event was aimed at both experienced pedal collectors and newcomers.

For Mr Christie, the most exciting thing was seeing the diverse range of pedals being put to use in new and unexpected areas.

For instance, many people experimented with using effects on vocals to create unique sounds.

The event was a community networking opportunity which allowed pedal enthusiasts to come together to try new things without the pressure to buy which happened when trying equipment out in a store.

"People can experiment with creativity at the forefront," Mr Christie said.

The event drew a good turnout, with people bringing their favorite pedals to share.

Local businesses had got involved to support the event too, with Strawberry Sound supplying a public address system and Music Planet bringing along its collection of effects pedals.

Mr Christie was hopeful that the sharing of knowledge would not only inspire people to create new weird and wonderful sounds, but to spark their interest in the technical side of building them as well.

At the end of the day, the event was all about experimenting to create unique sounds, he said. 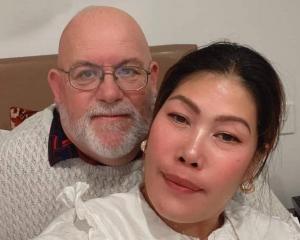