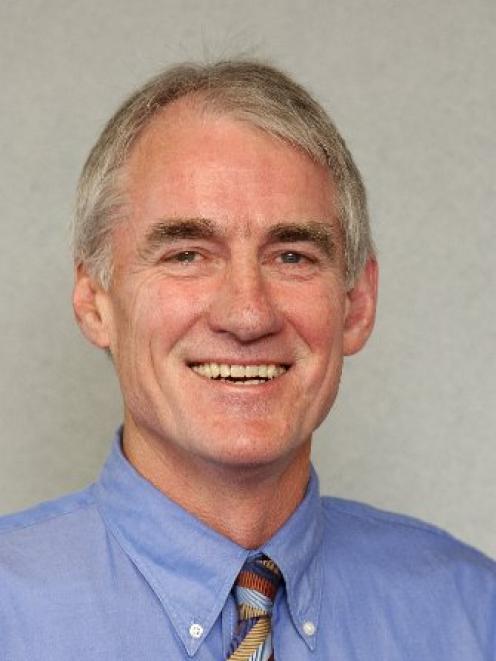 Staff were told on Wednesday by members of a bank dealers' panel - comprising representatives from four big banks - there was no interest from their members in a $26 million promissory note due to be issued by the council.

The regular transaction, which has taken place every two weeks for the last 10-15 years, is a 90-day debt repayment agreement which allows the council to roll over some its debts, freeing up funds for other capital projects.

The transaction was eventually completed later the same day after the council agreed to pay a higher rate of interest and the panel's banks consulted their members, council finance and corporate support general manager Athol Stephens told the Otago Daily Times yesterday.

It was the first time the council had struck problems securing the deal, which was normally a "very successful" commercial relationship for both parties, he said.

"This is really the first time we have had to think about whether we could get the money," he said.

He declined to reveal exact details, citing commercial sensitivity, but said the difficulties needed to be kept in perspective.

"Nobody should be alarmed about the Dunedin City Council's ability to raise debt. We did end up securing funding that day without any real difficulty . . . but it was just a little reminder to us that in these circumstances you can't take anything for granted," he said.

A similar arrangement in Australia included local authorities, Mr Stephens said, which raised the obvious question: "Why would you invest with a local authority in New Zealand? It's driving investors into wherever they get a guarantee."

The cost of council services were mainly covered by rates, fees and charges, but any impact - if the difficulties continued - could be seen in the capital investments programme, he said.

"If we simply cannot raise the debt, despite our best efforts, then the council would have to decide what new capital programmes it might defer or delay or not do at all. But I hasten to add we are not anywhere near that situation."

Asked about the planned $188 million Otago Stadium, which was to include $91.4 million of council funds, Mr Stephens declined to comment.

The council would pay a "relatively modest" additional interest rate for the next 90 days, which Mr Stephens would only say was "less than half of 1%".

Queenstown Lakes District Council did not borrow bonds and was not affected by the turbulent financial situation worldwide, chief executive Duncan Field said.

Mr Field said the council had $58 million in "external borrowings" as of June 2008 and had a five-year term on all its debts so they could not be called in suddenly.

The Central Otago District Council has no public debt, using its own resources to borrow internally.

The council had internal loans of $4.2 million as at September 30 this year.

A $3 million revolving credit facility initiated by the Clutha District Council earlier this year had reduced the need for costly borrowing if and when it was needed, corporate services manager Alan Dickson said.

He did not anticipate any immediate problems for the council, which was not a big borrower.

The Waitaki District Council was not experiencing problems raising money at the moment, but could in the long term if the global economic difficulties continued, corporate services group manager Stephen Halliwell said yesterday.

The council had contract facilities of up to $10 million in loan money with its banks.

About $2 million had been used.

At present it had no major works which required substantial borrowing, he said.