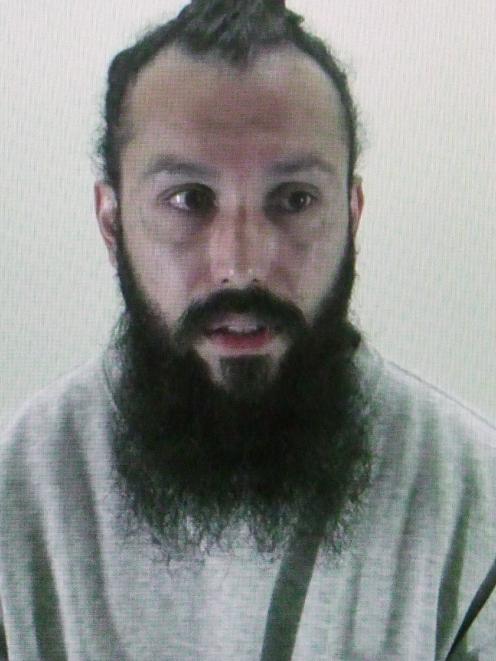 Michael Tito (34) says he is focused on breaking the cycle of offending which has led to him being in prison most of his adult life. PHOTO: ROB KIDD
A man who stole $100,000 of electronics in two commercial break-ins says he chose not to run when police closed in on him.

Michael Tito’s month-long crime spree came to an end on July 16 last year when he tried to sell some high-end phones to a pawn shop and it contacted police.

‘‘I didn’t choose to run or fight,’’ the 34-year-old told the Dunedin District Court yesterday.

Tito was jailed for three years this week after pleading guilty to six burglaries, two thefts and a charge of unlawfully taking a vehicle.

Counsel Brian Kilkelly said his client initially left New Plymouth bound for Queenstown with a dream to sell his harakeke work to tourists.

His plans were derailed when he ran out of money in Christchurch.

On June 16 last year, Tito climbed on to the roof of the Photo Warehouse in Fitzgerald St and gained entry to a storeroom.

He packed eight high-end cameras and five lenses — worth nearly $30,000 — into a bag and slipped back out through the roof.

Tito made it to Queenstown, where he pawned one of the stolen cameras and sold some of the equipment to people he met.

Spiralling into the drug and alcohol addiction that had plagued his life, Tito again resorted to crime, Mr Kilkelly said.

Tito stole a van from outside a house and hit the road.

After a stop in Alexandra to commit a petrol theft, the defendant made it to Dunedin, where he hatched a plan to steal cellphones to order.

After briefly scoping out the premises, he stole number plates from another vehicle, attached them to his and returned.

Using a stolen ladder, Tito got access to the building’s roof and prised roofing material away to get inside.

CCTV footage showed him wandering around for 15 minutes, taking large bags and filling them with more than 50 Samsung and Apple cellphones — worth $73,700.

He gave six of them to a woman and took the rest to a Cash Converters, where he was eventually arrested.

Police found the rest of the phones in the stolen van nearby.

Tito had a childhood characterised by ‘‘a litany of abuse’’, Mr Kilkelly said.

A report said the defendant had been beaten extensively throughout his upbringing and had cigarettes stubbed out on his head.

Tito was committed to breaking the cycle of offending but that would take intensive therapy, his counsel said.

Judge John Macdonald said the man, who had a long history of dishonesty, had made similar claims in the past.

This time, however, he sensed ‘‘an element of hope’’, the judge said.

He ordered Tito to repay the money for the stolen petrol but said there was no chance of him paying the $33,000 bill for the rest of his offending.