By Mike Houlahan
0 Comments
Barry Kloogh’s conviction for stealing more than $15 million from his financial advisory clients means nothing unless laws are changed to stop it happening again, one of his victims says.

Karyn Churcher, who had lost a small amount of money in the collapse of South Canterbury Finance, lost just over $700,000 of the money she and her late husband invested through Kloogh.

"Why does this continue to happen? Why is nothing changing?"

Mrs Churcher’s husband, Chris, died of cancer just days before Kloogh was raided by the Serious Fraud Office and closed down.

Kloogh visited Mr Churcher on his deathbed to rearrange his finances, and assured him his family would be provided for.

However, the money instead went into Kloogh’s Ponzi scheme.

At his sentencing in the Dunedin District Court on Friday, Kloogh was imprisoned for 8 years and 10 months on 11 charges relating to the theft of more than $15 million from 81 people.

"It only leaves a legacy [for her husband] if things change," Mrs Churcher said.

"People are still defrauding people like us - and we’re not rich, we are just everyday people. Where is the protection for us as investors?

"If nothing else comes out of this, it is time that changed and stuff happened instead of being talked about." 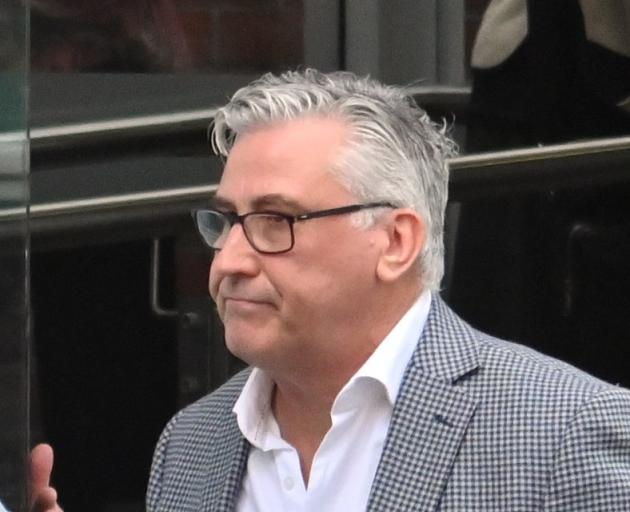 Geoff Mirkin, a Dunedin lawyer who, along with several other professionals, has acted pro bono to help affected investors, said he could not believe the financial advisory sector was not more tightly regulated.

"It’s a great sadness that there has been all this publicity about David Ross [convicted for a Ponzi fraud where $115 million was stolen], there had been all the stuff around Barry Kloogh, and yet there is still no moves at all to stop it happening to other people, or at least shut down those people who are currently doing it," Mr Mirkin said.

"That will only ever happen if the Government steps in and passes legislation."

Mr Mirkin said lawyers were required to have their accounts audited regularly under money laundering regulations and also had to pay into a fidelity fund, and felt financial advisers should have similar obligations.

"It costs us masses of money and staff time, but we [lawyers] do it as part of the checks and balances of protecting people. You just accept it and you do it."

While "99.9%" of financial advisers were honest, customers of advisers who were dishonest were entitled to protection, Mr Mirkin said.

The Financial Services Legislation Amendment Act, which does place new regulations on financial advisers, was due to come into effect on June 1, but was delayed to March next year because of Covid-19.

"[That was] to allow financial institutions and advisers to focus on looking after their customers’ interests during the disruption of Covid-19,’ a spokesman for Commerce Minister Kris Faafoi said.

"There is no new work being considered beyond what will come into force under the Act."

Investors in David Ross’s company Ross Asset Management are attempting to bring a class action against the ANZ bank over the investment firm’s collapse.

Investors with Kloogh are watching that case closely, with some hopeful they could launch a similar case against companies he worked with.

Mrs Churcher said that among other aspects of her case, she was concerned that an insurance company appeared to have paid Kloogh to provide insurance advice to them, which included investing with that company.

"How independent was that advice?" she asked.

"A lot of people are working very hard to support me and support the affected investors group through this ... there are flaws throughout the whole system that need to be fixed."