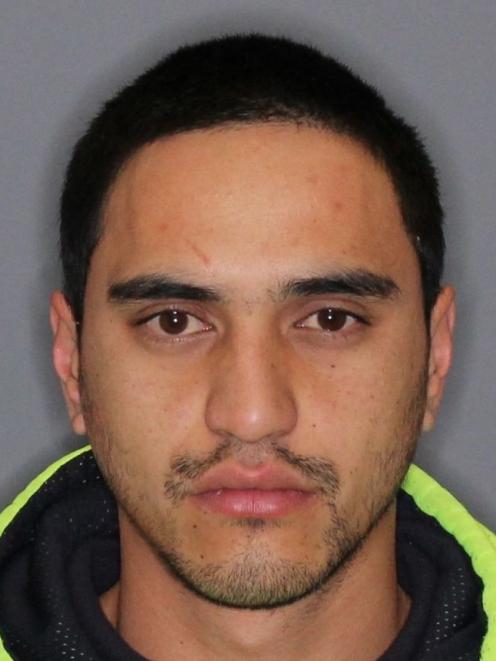 John-Boy Rakete. PHOTO: NZ POLICE
A Dunedin gang member, whose petrol-station attack led to the death of his victim, went on the run to attend a “gang event”, a court has heard.

John-Boy Rakete (27) appeared in the Dunedin District Court this morning where he pleaded guilty to breaching his release conditions.

Rakete was freed from prison on September 10 after serving two years two months behind bars on a charge of causing grievous bodily harm to Nigel Landreth with reckless disregard.

The victim died 14 months after the assault, too long after the event for Rakete to be charged with murder or manslaughter.

The Parole Board imposed a range of release conditions, including GPS monitoring, which would run for six months — an attempt to stop Rakete reoffending.

But on November 8, the gang member removed his tracking bracelet and left the home at which he was supposed to be living.

Police posted a photo of Rakete on Facebook alerting the public to his disappearance, and said he might have travelled as far as Auckland.

Probation told Judge Michael Turner they understood the defendant absconded so he could attend a “gang event”.

The only possible outcome of the breach was a sentence of imprisonment, the court heard.

On July 7, 2018 Nigel Landreth arrived at the Hillside Rd petrol station to buy energy drinks on his way to a party.

The pair exchanged words and the defendant hit his victim.

A bystander tended to Mr Landreth as he lay on the concrete with blood pouring from his ears.

As he convulsed and gasped for air, Rakete poured a soft drink over him, the court heard at sentencing.

Legislation that prevented police from laying more serious charges against the gang member has since been repealed.

Rakete - who had a history of serious violence, the judge said - will likely be released around Christmas time.

His release conditions will continue to run until March.