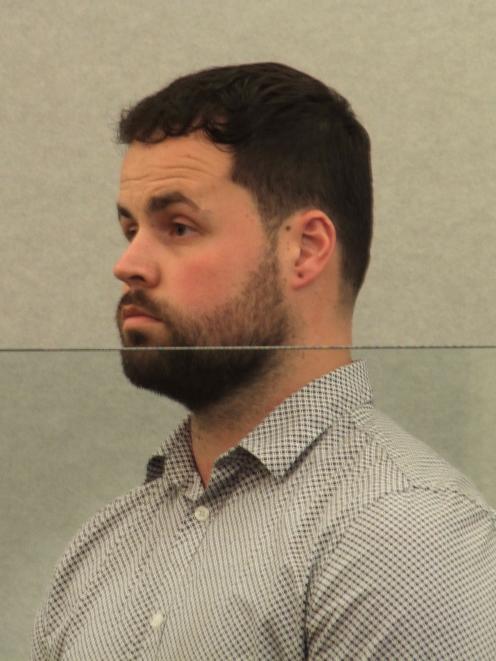 Ben Mitchell (28) was found with an array of illegal substances and drug paraphernalia when police raided his home. PHOTO: ROB KIDD
A Mosgiel man’s spiral into the "party scene" resulted in him being an accessory to a $400,000 import of ecstasy, a court has heard.

It soon grew into much more, the Dunedin District Court heard yesterday when he was jailed for two and a-half years on a range of drug charges.

While Judge Michael Crosbie accepted Mitchell had a gambling problem, it was not at the forefront of the criminal enterprise.

“This was part of a get-rich-quick scheme," he said,

On November 5, 2018, Customs intercepted a parcel containing a kilogram of MDMA, better known as ecstasy.

The blocks of class-B crystals were concealed in a plastic pond filter and had a street value of $400,000, court documents said.

Days earlier, a "burner phone" had been bought from The Warehouse in South Dunedin.

Ten days after the consignment landed in the country, a $20 top-up card was bought for the phone and it was used to inquire about the status of the package.

Police inquiries identified Mitchell as the man who paid for the cellphone credit and he admitted as much when confronted.

He claimed to have bought it on behalf of an associate but refused to disclose any names.

On January 11 last year, police raided Mitchell’s home where they found evidence of his dealing in class A, B and C substances.

Along with drugs, deal bags and other paraphernalia, inside a wardrobe was $2250.

The judge ordered that cash be forfeited to the Crown.

With the skill police and Customs had in detecting such offending, he said, it was "Russian roulette" for would-be drug importers.

Defence counsel John Westgate said Mitchell was a rarity in the fact he had the backing of a supportive family.

"In some ways, getting caught when he did is a good thing," he said.

"He was on a spiral and things were getting worse and worse."

Mitchell explained to Probation how his woes began.

He became part of the festival scene, he said, where recreational drugs were commonplace.

"You never considered consuming and selling them as a big deal," Judge Crosbie said.

"You thought you were helping people to have fun."

Since reflecting on his offending, however, Mitchell said he realised his dealing was contributing to people’s problems.

Mitchell was assessed as a low risk of reoffending.