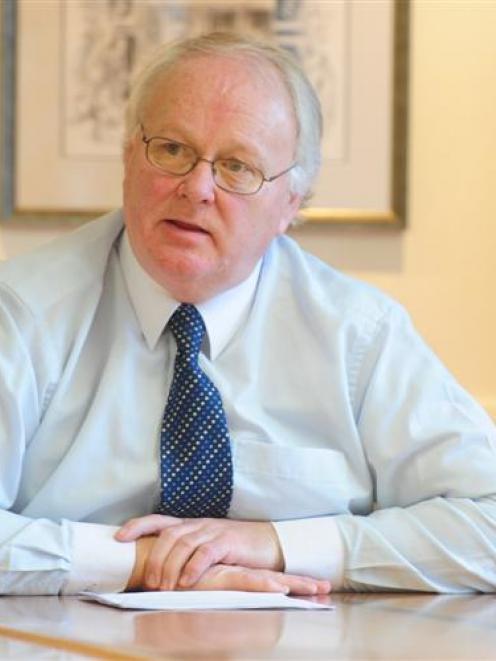 Michael Guest
A cycleway linking Dunedin and the Taieri Plain could cost $7 million to complete - about four times more than city councillors originally expected, a report set for release this morning says.

The southern cycleway feasibility study, due to be published on the Dunedin City Council website today, says the most expensive option will use the Caversham and Chain Hills tunnels as part of a purpose-built, off-road track.

The $7 million idea would see the tunnels cleaned up and made safe, with lighting and ventilation installed, and city utilities, including sewerage systems, covered.

A durable foundation would be laid to accommodate the track.

Council acting transport planning manager Sarah Weller yesterday said the study was due to be published today but she could not confirm its content or release an advance copy until it was sent to all councillors.

Council planning and environment committee chairman Michael Guest could not confirm those options yesterday, but confirmed detail of the double-tunnel, purpose-built track option that could cost up to $7 million to complete.

Councillors originally expected the project would cost between $1.5 million and $2 million, and that Government funding might cut the bill to something like "a more acceptable" $1 million.

"But when one of the options gets to $7 million, I'm saying that we've got to pause for a moment and get a real cost benefit analysis," Cr Guest said.

"Just opening up the tunnels, well, it sounds romantic but there are a lot of fish-hooks involved."

Cr Guest asked council staff to do a cost-benefit analysis of the options.

Their report would be discussed after the October local government elections, when the project would be recommended for deliberation in the annual plan process.

Dunedin Tunnels Trail Trust spokesman Gerard Hyland, who has been lobbying for the cycleway said the $7 million price tag "must be for some very, very swept-up tunnels".

The strategy needed to be released so people could consider the alternatives, he said.

He noted the national cycleway initiative started last year and would meet its major milestone targets by the end of this year.

Dunedin's 8.5km trail was first raised in 2006, and one report would be ready for the annual plan next year.

"There seems to have been a lot of lip-service about cycleways in this city, but there's been little to show in terms of rolling up of the sleeves and getting on with it. Now, there's a real chance to actually get somewhere."