Cyclists breeze along without a care 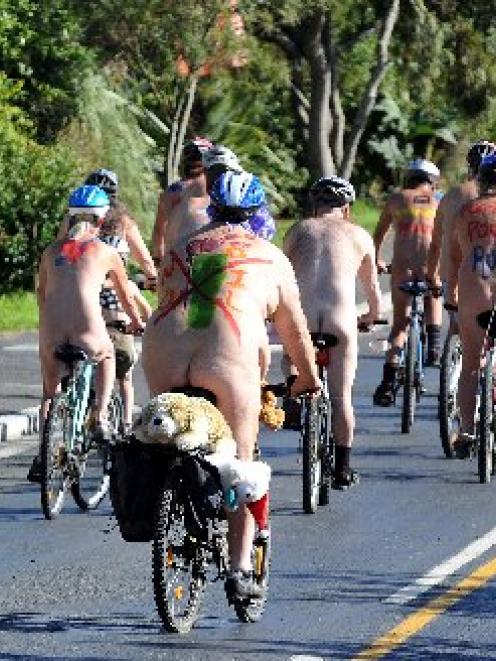 A dozen cyclists and several walkers took part in the event, which started at the Waitati Hall and ended 3km later at Doctors Point yesterday morning.

One cyclist who worked up a sweat was Philip Matthews, of Dunedin, who said it was an annual event that was less about nudity and more about promoting cycling over polluting vehicles.

''It was a bit of a struggle on some of the hills but it was fun.''

The biggest difference in biking without clothes was feeling the sun and the breeze on your skin, he said.

And the advantages did not end there, because ''you don't have to wear high visibility when you are naked'', a fellow cyclist quipped.

The event, which has been held on the Otago Central Rail Trail for the past five years, attracted riders from as far afield as Southland, and even a couple from Florida.

The couple declined to be photographed for fear of repercussions when they returned home to the United States.

Organiser Paul Campion said the attraction of nude cycling could be summed up in one word - ''freedom''.

''But this event is about cycling and not about nudity.''