Dancing back to health after e-scooter crash 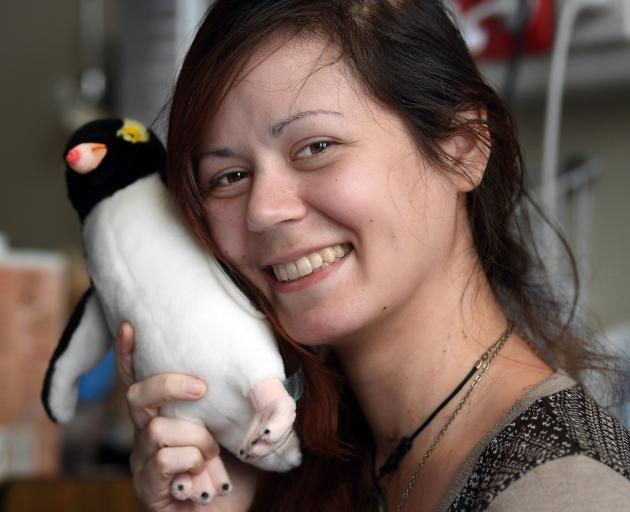 "I did an hour-long ballet workout this morning - I tend to do ballet barre, pilates, yoga, something like that."

Grave fears were held for Ms Whitehouse after she was hit by a truck in the early hours of January 18, while Lime scootering home through the inner city, after visiting the supermarket.

She was rushed to nearby Dunedin Hospital, where the emergency and intensive care teams have done a remarkable job in putting her back on the dance floor and heading towards recovery.

"I know I am really, really lucky but I am very impatient - I want to get better," Ms Whitehouse said yesterday while sitting on her bed in Dunedin Hospital.

Ms Whitehouse recalls having worked that evening, then that she visited the supermarket before taking an e-scooter home, with her grocery bag over the side.

"Somehow I remember getting into bed that night and sleeping and then, I don't know whether it was a dream or my brain trying to trick me and protect me from something, but I remember nurses telling me to move my arms around.

"I was thinking we were playing a card game and I thought `this is weird' and that was the first part of consciousness that I can remember."

Too many people and too much loud noise can tire her out, but otherwise Ms Whitehouse has made astonishing progress.

She still has at least one more operation to go, to reattach part of her shattered skull, but has already resumed work on her master's thesis in archaeology she came to Dunedin from the United States to study for.

Social media has a proved a welcome distraction and hundreds of people have posted messages on her Facebook page.

"I put up a joke message saying my skull was in pieces and sitting in the fridge but I'll get that back soon - I'm out of the ICU so everything is fine," Ms Whitehouse said.

"Then I got more well-wishers saying 'Oh my God, are you OK?' and I was like, I'm fine, that's why I left a joke message.

"It's really cool that so many people really care."

In the meantime, Ms Whitehouse has received a bill from Lime Scooters for $39.10 - the cost of her abruptly ended journey.

Her mother, Jackie Whitehouse, said she had tried not to think about what might confront her after flying south from Seattle.

"I didn't think she was going to be in good shape, but she was better than I expected, although sedated and not talking properly.

"She has recovered so quickly, the power of prayer I guess - and the healthcare she has received has been just marvellous."