Like many soldiers, the late Alexander Guthrie struggled to slip back into civilian life after the war, she said.

``I do remember my mother saying to me one morning, `Dad was fighting Germans again last night in his sleep'.''

Mrs Knudson (78), the youngest of Mr Guthrie's five children, said she pieced together some of her father's WW1 history by getting his service records and a copy of the official history of the Otago battalions.

``I spent quite a long time summarising and comparing between the notes, and I tried to write up his story for the family.'' 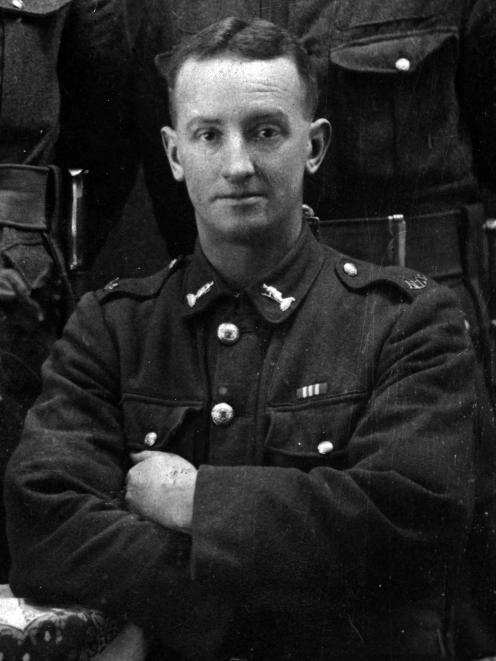 He enlisted in 1916 when he was 29 years old, became a private in the New Zealand Army, and was sent to the Western Front where he fought at Passchendaele, Messines and Ypres in 1917.

``He was there for all the big dreadful battles,'' she said.

During his time on the front, he became a Lewis automatic machine gunner and in 1918, a week before the war ended, he was in a Belgian forest, where he picked up his gun, rushed forward and wiped out three enemy machine gun placements.

For his bravery in the field, he was awarded the Military Medal, Mrs Knudson said.

``He never talked about any of it.

Following the war, Mr Guthrie returned to Dunedin and settled back into civilian life ``very quietly''.

Mrs Knudson was surprised how little support was given to the returning soldiers.

``After the war, he was not given any handouts or anything.

``It was just a case of getting over it and getting on with it, and I give him credit for being able to pick up his life like that.

Mr Guthrie went back to the Hillside workshops and continued to ``pound metal'' while raising his family.

She said one of his only releases was to get dressed up every Friday and go into town for a beer with old mates.

``That was about all the social life he had.''

Mrs Knudson was one of about 150 people who attended a new Anzac Day service at the Dunedin Railway Station, held in memory of New Zealand Railways employees killed in