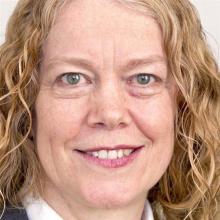 Ms Calvert has criticised the decision to give the Accident Compensation Corporation (ACC) an exclusive 12-month period to explore options for the Frederick St car park.  The council had earlier said it would earmark the site for the health precinct envisaged by the University of Otago.

The precinct depends on  Government decisions on the $300 million hospital rebuild, which will not be made until 2018. Ms Calvert said the council should have been willing to wait.

"ACC doesn’t need council’s help finding pieces of land and, if it does, that site seems to have a higher and better use with the medical school and the hospital.

"Until we’re sure they don’t want them, we should not be promising it to someone else."

The former Act MP said if the council wanted to be in the business of "picking winners" it should favour the university. It and the hospital were the "biggest and most important" organisations in Dunedin.

University of Otago chief operating officer Stephen Willis said the proposed ACC building would be in the middle of the area envisaged for the health and education precinct.

"You’ve got the two book-end anchor institutes and then you bring another one right in the middle that has nothing really to do with health, education, or research," Mr Willis said.

Mr Willis said the 3195sq m site belonged to the council, and it was within its rights.

In due course, ACC may be given the green light to buy the land  to build a multi-storey building. Cr Andrew Whiley defended that decision, which was backed unanimously by councillors this week. Cr Whiley, who campaigned on the hospital rebuild in the local body election, said he believed the move would prod the hospital development into life.

"All of a sudden, we’ve got someone putting a stake in the ground, saying: "We’re going to do this".

"My hope is this would stimulate everybody, especially the university, the hospital and council, and even ACC, to get around the table and really clarify what everyone wants, needs, and requires."

Cr Whiley said ACC could eventually lease space in its planned multi-storey building for DHB management or other functions. Cr Damian Newell said the council could pull out of the sale.

"I don’t think it’s to the detriment of the hospital rebuild.

"If it were, there are options for the council to not go through with the purchase.

"We have no information that the hospital rebuild is [definitely] going to use that piece of land, and until such time as we do, how many businesses do we turn away?"

Good-oh, I guess the hospital can just build a new clinical support building on the ACC site in MacLaggan St. Makes perfect sense--bunch of blimmin' geniuses our new council.