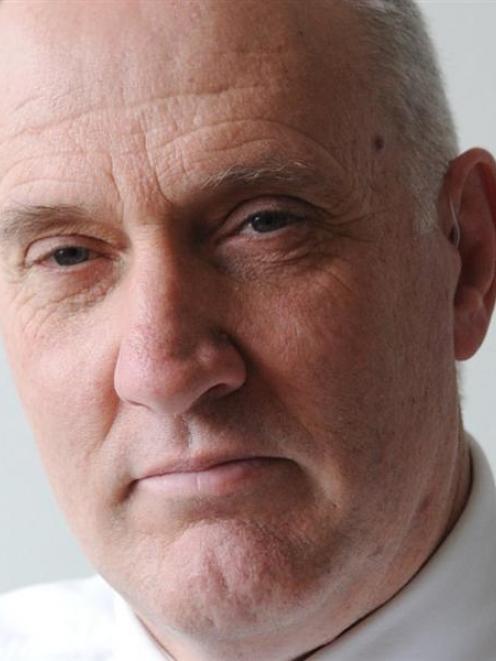 Neil McLeod.
Dunedin's building consent authority is struggling to keep up with the 20 working days limit for processing consents as it battles with a staff shortage and pressure on the capacity to process its overflow due to the Christchurch rebuild.

The Dunedin City Council (DCC), which receives an average of 50 consent applications a week, is sitting on an average consent processing time of 21 working days.

Before Easter, the longest unprocessed consent was 32 working days old.

DCC building services manager Neil McLeod said it was highly likely, in that case, staff had had to go back to the applicant for more information.

The problem with meeting the deadline was twofold, he said.

Two of the council's 10 consents staff resigned in December and the council had found only one suitable candidate, who had just begun and was still training.

Also, the other authorities it relied on around the country to take its overflow when it did not have the capacity to process its own consent applications on time, were increasingly busy doing work for the Christchurch City Council (CCC).

One of the main authorities the DCC used to process that overflow was no longer available, as it was 100% contracted to assist the CCC, which was receiving about 250 more consent applications than it could handle in-house each week.

Mr McLeod said many of the country's authorities had picked up more work from the CCC.

Central Otago District Council planning and environment manager Louise van der Voort, however, said that council, which received an average of 15.5 consent applications a week, had a full team of six building control officers and an average processing time of eight working days.

The QLDC's processing time was averaging about 13 working days, but was usually nine days and was not improving, Mr Laurenson said.

The council, which employed six people to process consents, also contracted out its overflow for processing when needed and had noticed other authorities getting busier, too.

He understood up to 20 were contracting to the CCC and at least one Auckland authority was no longer available to help others because it was dealing only with Christchurch consents.

Mr McLeod said the main issue was the difficulty the Dunedin authority was having replacing the staff who had left, leaving its capacity down 20%.

The DCC employed only as many staff as was economic to deal with its average application flow and relied on being able to send the overflow from any peaks in applications to other authorities to process under contract, he said.

It was using outside authorities to process applications, to try to get the processing time down and it hoped to employ another staff member soon.