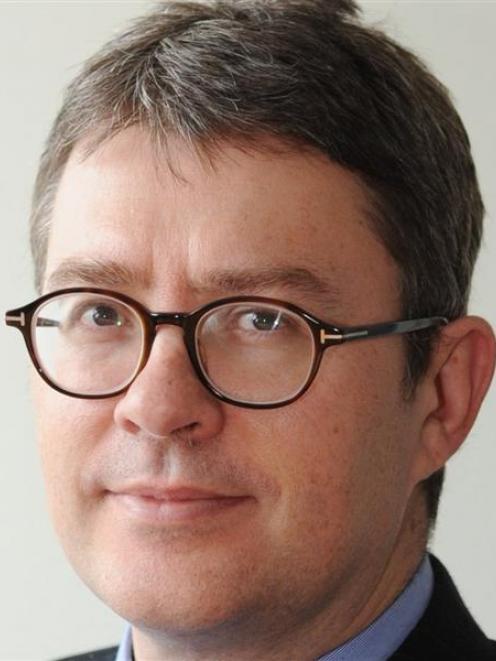 Paul Orders
Dunedin City Council chief executive Paul Orders is to leave Dunedin by the end of the month, it has been confirmed.

Mr Orders yesterday told the Otago Daily Times his last day at the DCC would be November 22, after which he would return to Wales to take up his new role as chief executive of Cardiff Council.

His departure would come earlier than previously expected and meant he would leave without completing the three-month notice period required by his contract, Mayor Dave Cull said.

However, the move had the blessing of Mr Cull, who said it was a mutual decision that made sense.

''We understand that it's not necessarily constructive for the outgoing chief executive to remain in place.

''It's slightly earlier than he might have gone had he worked out a full three months [notice period], but we're conscious of the fact he wanted to get back to Cardiff.

''When he came here from Cardiff they actually released him early, so we're just returning the compliment really because it's no skin off our nose,'' Mr Cull said.

Mr Orders was named in September as Cardiff Council's next chief executive, and had been expected to depart Dunedin sometime before the end of the year, although an exact date had not been announced.

However, it was confirmed earlier this week the council expected to announce its next chief executive by the end of this month.

Mr Cull said yesterday the appointment would be confirmed ''at the very latest'' on November 21, when a council meeting was scheduled.

Mr Orders said when contacted that announcement would mark the right time for him ''to leave the scene''.

It would allow him to focus on his next challenge in Cardiff, but also ease the transition to a new chief executive within the DCC, Mr Orders said.

''Staff will need to concentrate on preparing for a new regime, and I don't want to get in the way of that changing of the guard,'' he said.

Mr Cull said a transition period was expected regardless of whether an internal or external candidate was appointed to replace Mr Orders.

However, if an external candidate won the post, an acting chief executive could be required for up to three months while the successful applicant completed a notice period with their existing employer, Mr Cull confirmed.